Preparation for WOC 2021 was different, both physically and mentally, it wasn’t ideal but it was as good as it could be given everything that was going on globally. It was a very long wait between standing on the start-line and failing to perform in Riga (WOC 2018) and getting another shot in Terezín. The original goal after WOC 2018 was Denmark in 2020 but due to Covid the goalposts moved to 2021 in the Czech Republic.

During the lockdowns and restrictions my coach in Donore Harriers kept me on course with structured trainings and a clear plan. He’s the mastermind behind everything. I would say I was physically in the best shape I have ever been in. Mileage through the winter went well with structured and sensible training including 26 weeks of 100mile/week average with big workouts and then speed work on top of that foundation in the spring/summer. I drew some sprint maps of areas around my side of Dublin that myself and Kev (since he’s in the neighbourhood) were able to run some trainings on. We did a “Stay @ Home Training Camp” on them over the Easter weekend. It wasn’t ideal but working on your O processes is working on your O processes, no matter where you are. I was lucky that I was able to rope in some National Team runners from other countries to plan trainings for us.

I flew to Prague and travelled north to Staré Splavy, near Doksy, on the Tuesday before the competition to get settled and get on some training maps. We had some time in Pevnost Josefov on the Wednesday and in Terezín Bastion 1, the Sprint Model, on the Friday. Pevnost Josefov was the first in person look at this fortress style sprint terrain, relevant for the individual Sprint races. The walls were bigger than I expected and the multilevel sections were tricky to get your head around. On the Friday morning the Sprint Model calmed my nerves somewhat as the printing was really clear and the map was easy to read and understand. There is a difference between reading it at jogging pace and race pace though! For those of you who don’t know the model map is usually in the embargo, it won’t be used for the race and it shows very relevant terrain and gives you a feel for how things look and how things are mapped. In this case what did the tunnels, levels and walls look like and how fast was the grass for running compared to tarmac.

I was able to get my pre-race routine of 20-25mins including a few 12-15sec strides done on the model map. This is what I do for all my races, if it ain’t broke then don’t fix it! The rest of the day was filled with eating, a walk around the technical model to see how the start and control set up looked and some napping! It’s important to keep calm and relaxed while keeping the mind somewhat occupied, the waiting is the hardest part!

Sprint Qualifier day was an early start for the 3 of us; myself, Kev and Paul, with the alarm going off at 05:30 for breakfast and we were on the road by 06:45 to get the drive done and get into quarantine (not COVID related quarantine though!). I wanted to be in quarantine early to get the drive out of my legs, be calm and have time for something to go wrong. The only issue with being the driver on these trips is you realise you are one of the old guys on the team!

I did my usual warm up routine, nothing flashy and nothing ground breaking and as I stood in the first start box with the Finn and the Argentinian I felt a mixture of preparedness and nervousness. Nerves are always good though they mean you care and they keep you alert. I’d put in the work and it was now time for the big dance! Once I got the map in my hands it was like someone flicked a switch and the nerves were gone and I was in the zone. The start of the course (controls 1-10) was kind of “JK-sprinty-style” (technical term) which took me a bit by surprise, especially with the artificial barriers to block off roads which were open on the old map of the area. I was relatively smooth through this section of the course but I picked a wrong routechoice to #3 which ended up costing me. I ran the B alternate which was 50m longer and included more corners. It was a bit helter skelter in this section with 3 men starting every minute on the different heats and all heats having ~10 controls in here. Fast guys going in all directions!

There was a transition to the more fortress area and down into the moat. In here the planner had built some artificial barriers to create S-shaped routechoices and just generally try to impact your flow. We then had 3 quick controls before going into a routechoice to #18 (I ran the B alternate). I was slowish leaving #17 to see the alternatives as I could only spot one and I knew there couldn’t only be one for this kind of leg. I was happy with my choice but maybe in hindsight I invested too much time in making my decision.

When I finished I was in 6th place out of 10 men in my heat but in the WOC Quali a lot of “favourites” look for the early start block in order to maximise the recovery time in between the Quali and the Final. I went away and collected my bag, got some water on board and did a cool down with Paul and some of the British team only to come back and see that I had been bumped down to 17th place and missed qualification for the final by 12 seconds. On analysis later I found that my wrong decision on the leg to #3 cost me 13 seconds when compared to the Lithuanian who finished in the final qualification spot, 15th. After a quick look at the splits I was in the top 15 times on 23% of legs and the top 20 on 59% of legs. In short I was close……but crucially not close enough and at the end of the day you either qualify or you dont.

On review, despite it not being the result I was aiming for, it is still my best result at WOC and I’m proud of my performance. I prepared as best I could given the circumstances  and I gave it all I had on the day. I pushed hard to be right on the limit of control throughout the race, sometimes it just isn’t quite enough.

The goal now shifts to WOC 2022 in Denmark. My athletics based training will remain the same as myself and my coach have been working together for 3 years now and I trust his guidance and judgement 100%. We both operate in the mindset of – if you can’t run at close to the high pace that these top guys do then in sprint it really doesn’t matter how good your map skills are, you won’t be there at the business end. I’ll be planning to get some trips to Denmark for some races and training camps while also making use of any options I have available to me closer to home.

Thanks to everyone for the support through the journey, for sharing training miles with me, for any pointers or advice, for planning courses and trainings and for all the good luck messages and positive vibes in the lead up to WOC. It is very much appreciated.

Here’s to a solid and injury free winter and to taking the next step at WOC 2022 in Denmark!
Some links – Pevnost Josefov Video, Results, Splits, GPS tracking (Men Heat A), Polarsteps 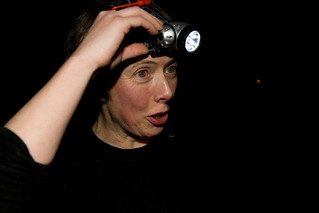