Niall McCarthy began his orienteering whilst at primary school in Clonakilty, Co.Cork under the guidance of David O’Brien. Over the past 10 years or so he has progressed through the Schools Orienteering to the Junior and now Senior Irish Orienteering Squads.

Niall won his first orienteering event at the final school race of the year in 5th class, and went on to win several races in 6th class. The secondary school he attended didn’t participate in the sport, however, in 2nd year one of the teachers, Con Hurley, decided to get involved and became instrumental in organising travel to schools’ and local events organised by Bishopstown and Sean Cotter. It wasn’t long before Niall was selected to compete at the World Schools’ Orienteering Championships (2011), taking place in Italy. After the fantastic experience of Italy, Niall moved into Transition year; he then decided to try orienteering at a higher level. Niall asked to attend a training camp  organised by Greg McCann and Ruth Lynam in the North, he learnt later it was a pre-EYOC and JWOC camp! This became a huge turning point for Niall he was exposed to fantastic technical orienteering training and instantly loved it.

Niall reminisces: “I’ll never forget standing in the wind and rain on Sliabh Croob pretending I knew what the word “crag” meant.”

In 2013 Niall was selected for both JWOC and EYOC, finishing his junior career with JWOC 2015 in Norway. 2017 was Niall’s first World Orienteering Championships. Here he brings us on his journey through WOC 2017 in Estonia.

While the World Orienteering Championships may have commenced at the end of June, the journey for me began with the Irish Championships at the beginning of May followed by the Estonian selection races later that month. After a good period of training with UCD Athletics Club, my physical shape was decent and thankfully my orienteering started falling into place – despite not having a huge amount of technical training during this period. After reasonable selection races and a lot of luck, I was selected for both the middle and relay events at WOC.

So on Friday the 30th June, I left the Zurich office to warm wishes from my colleagues and got on my flight to Riga, Latvia, before making the journey up to Tartu on the Saturday morning. WOC was already in full flow by the time I arrived, with the sprint final taking place that afternoon. Myself and Conor however both chose to skip the spectating and get in some last minute training on relevant maps. With five full days free before my first race, I spent four of them doing vital technical training, and one of complete rest. I was definitely disappointed not be spectating the races and cheering on my team mates, but as they said themselves, the focus is on you and your performance, and that’s all you should be thinking about in the build up to your races.

When the morning of my first WOC race came around, I was thankfully reasonably relaxed and didn’t have the butterflies I’ve typically had in the past before big races. After running two JWOC’s and an EYOC in previous years, I think the occasion didn’t come as any surprise and I was fully focused on my race.

After arriving at pre-start, I began the usual routine of easy jogging and dynamic stretches, and went out on the small warm up map. This I found to be extremely vague and unnerving, and I was certainly grateful when Eoin McCullough, who was acting as Team coach in the pre-starts, agreed with me and helped settle me down!

On the whole, I had a reasonable race in the middle distance. Nothing special but no major calamities either, so for my first WOC race, I’ll take it. I took very safe routes to start with, the first control in particular, before settling into the race after the first few controls. The type of intricate, low visibility, green forest is not the type of orienteering which I have a lot of experience with, so careful steady navigation was certainly going to be key to success. The first half of the course went well, and I got a nice boost of adrenaline passing through the arena. Unfortunately concentration began to wane in the second half of the course, and my navigation became more scrappy. All in all, I hope this performance in the middle race will stand to me and will be something that will be improved upon in the coming years.

But there was little time to waste, and shortly after finishing, myself and the rest of the Irish team returned to the hotel to allow for maximum recovery, with the relay only 24 hours away. After a lot of discussion over the previous few days, we decided to stick with the previously decided order of Conor-Niall-Ruairí.

The morning of the relay came and it was certainly exciting. There’s something special about running as part of a team and the atmosphere is at its peak. The weather was fantastic, and warming up I felt good. Conor was disappointed with his run and I went out on second leg behind the main runners. Feeling confident after the previous day’s middle distance, I felt good and started well on my first 4 controls before making a stupid error on the 5th. Thankfully I recovered well and was happy with how the race was going until a further error on the 16th control. Losing map contact just entering the circle, I really struggled to relocate and lost considerable time here. After finding the control, there was then only a couple of easy controls to finish with, and I ran through the arena only to find Ruairí had already gone out in the mini-mass start for the 3rd leg runners, leaving me standing deflated at the change-over.

While not the end I would have wanted at WOC, I still feel I gained huge experience from the races and it was hugely inspirational to be running among the best orienteers in the world – the runners who you had heard about as a junior. The step-up in standard from junior competitions is huge, but I look forward to training over the coming years and working to improve on my performances this year in Estonia. I’d definitely like to thank everyone who contributed to my experience at WOC, in particular Ruth Lynam who acted as our team coach and attended Team Leader meetings, Eoin McCullough who accompanied team members to pre-start each race, after running in the Sprint Qualifiers himself earlier in the week, and all the team members who contributed to the great positive atmosphere in the Irish camp. Darren Burke also deserves a thorough thanks for all his work behind the scenes as Director of High Performance. Finally I’d like to thank my employer Zurich Insurance for their generous support and sponsorship, and the great enthusiastic atmosphere they created in the office.

If anyone would like see further coverage of the Irish team at WOC, make sure to check out Ruairí’s excellent video blogs here:
Niall’s training log can be found here.
Find some of the WOC 2017 maps here. 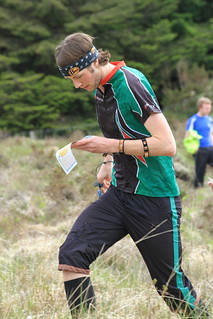