The TEAM IRELAND selection for WOC 2021 Czech Republic is as follows:

Note: No female athletes put themselves forward for selection this year.

The selection panel would like to acknowledge the high level of commitment and effort shown by the athletes in this year’s selection process, particularly in light of the various restrictions and late publication of the Selection Policy. We wish all those selected the very best in this year’s competition.

For those athletes who did not make the selection this year – we thank you for your efforts, wish you success in your orienteering for the rest of the season, and look forward to your continued commitment towards next year’s selection.

The result of an appeal to the selection process is as follows:

The appeals panel has sought and received detailed clarification from the selectors in relation to the selection process used to select the Middle Distance men’s team, and also in relation to the points raised in the appeal.
Travel restrictions arising from the Covid19 crisis meant that athletes could only compete in one of two selection events, which led to difficulty in ranking athletes’ performances across both events.  No head-to-head results exist between the group of athletes who competed at the UK event (British Middle Distance Championships)  and the Irish event (Ballyward).
That is the crux of the matter.  The selectors have had to make their decision based on limited data.
The appeals panel is of the opinion that the selectors made the best decision they could, and that there are no clear grounds for overturning their decision.  For these reasons the appeal is rejected. 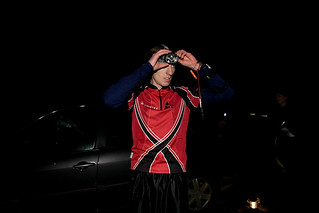