Why we should all be mountain rescue qualified 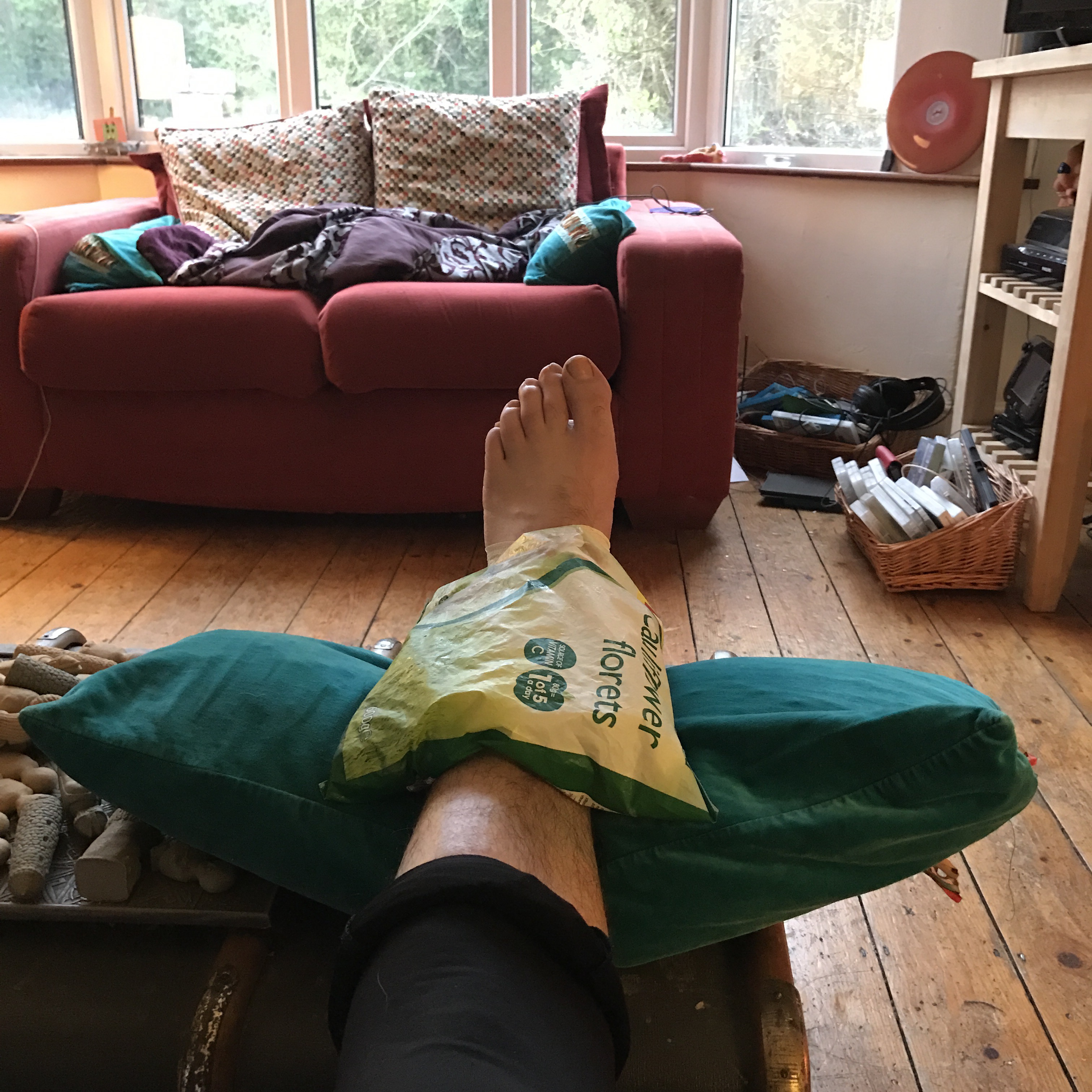 At the Leinster Champs I was injured running from control 4-5.

Having successfully navigated the first 4 controls I ran down the hill towards number 5 only to come across a hole in the ground on rough terrain.  My right leg fell into the hole and my left caught the fall.  I could feel and hear my tendons snap into place.  Evidently I don’t have a fractured ankle, but will only know for sure this Tuesday when my ankle is x-rayed for the 2nd time.
The first person to come to my aid was a female northern Orienteer closely followed by Philip Baxter.  I had screamed to draw their attention, but did not need the whistle that I had rightly purchased at registration. The pain was excruciating, but my goal of getting down the mountainside to the car and hospital kept me very focused.  We were soon joined by Paul O’Sullivan Hourihan, chairperson of the IOA who chose the best route down the mountain to Paul Nolan, GENs nominated first aider and mountain rescue expert considering he has a long history with Dublin/Wicklow Mountain Rescue.  I was cold and I bum walked and crawled down the mountain for the majority of being rescued, but I was also ably helped by Paul, Philip, Paul Osh, the woman whose name I cannot recall as they took my weight and I hopped from point to point avoiding rocks.  It was probably 500m, but it felt like 3k.

The point is GEN had the foresight to have properly trained personnel to help. I wasn’t the only person injured, Colm Hill is also out of action, which dashed his chances of WOC this year.  At least for me I’ll be m50 the next time I Orienteer.

The IOA are going to run mountain rescue courses this autumn, you’d be very advised to do one.  I was very lucky – it could have been a lot worse.

My wonderful wife Miriam assisted both Colm and I and like everyone else gave up her run to help us – a great indicator of the level of sportsmanship within orienteering and how seriously we all take it.