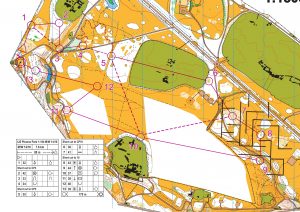 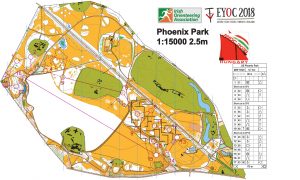 Here at last are some details of the training Saturday 10th March being run in the Phoenix Park, Dublin.

Attendance at the time trial is important for those interested in being selected for the international teams, especially EYOC and JWOC, and the JHI’s

Saturday morning
Meet at Phoenix Park Knockmaroon Gate at 11:00 Knockmaron Gate on Google Maps
Please be on time. It is very important to make sure you know the Trial route beforehand (people have got lost), and it’s vital to warm up well before running, so you need plenty of time to prepare.
M18-20 run 4 laps. M16 & W18-20 run 3 laps, W16 run 2 laps, M14 run 0, 1 or 2 laps, W14 run 0 or 1 lap.
Each lap is 1.2km with about 60m climb.
Wear shoes with metal studs if you have them, the course is reported to be in reasonable condition but you still need good grip!

Saturday afternoon
Training exercises in Phoenix Park. Many thanks to Mike Long and Josh O’Sullivan Hourihan for co-ordinating this.
The training is free of charge

Bring
Usual orienteering gear, including SI card.
Orienteering Shoes with good grip for the trial run
Raincoat & big warm fleece plus hat & gloves
Lots of changes of clothes
Red pen
Compass
Packed lunch and energy snack, lots of food!!
Plastic bag for map
Consent form (if I have not already received it for 2018)

Let me know what I have forgotten!