The Junior selection team have met, and have agreed the team selection policies for the major junior International Competitions this year. They can all be found on the Juniors website at:

Thanks again to the selectors for their work on this – much appreciated!

The junior team selectors (Ruth Lynam, Mike Long, Steph Pruzina and Darren Burke) met during the week, and have selected the following athletes to represent Ireland in this year’s Ward Junior Home International Orienteering Competition, to be held near Aviemore in Scotland on October 8th and 9th 2022.

Congratulations to those who were selected.

The team will be accompanied to the event by Stephanie Pruzina, David Masterson, and several other parents (that’s a lot of juniors to get to Scotland!)

A surprisingly strong squad emerged from the enforced hibernation of lock down and a team of 21 young athletes were selected to travel to the Junior Home Internationals in Surrey. The event was excellently organised by South London Orienteers. Luxurious accommodation was provided by PGL outdoor activity centre and the Individual event at the Devil’s Punchbowl was planned to have a fiendishly steep finish up to the Centre’s woodland. It was great to have a full complement of W14s and a particularly strong performance from Great Easter Navigator’s (GEN) Fionnuala Rowe who finished in 6th place, her older sister Emily also performing well finishing 8th in the W16 race. Lagan Valley’s Meadow McCauley led the Irish field at W18 in her last performance at JHI.

The terrain was very tough, and not your typical southern forest. There was hard running through thick undergrowth and several very steep climbs so our M18s had a tough outing, but again performed well with a 6th and 8th place for Eoghan Whelan (South East Viking Orienteers) and Liam Cotter (Bishopstown Orienteering Club), and a respectable time in 11th place for Lagan Valley’s Dan Earnshaw. This is also the last JHI for all these young men.  At M16, the Irish boys finished in consecutive places with Josh Hoare (Bishopstown Orienteering Club) leading the pack and Oliver, Dan and Ben (LVO), in succession all showing how physical the terrain was.

Highlight of the weekend had to be Gerry Browne’s performance winning 3rd place in the M14 race. He followed this with such a blistering relay leg that his 3rd leg runner (nameless) wasn’t quite ready for the handover. There was no question about who should be awarded the shield for Best Irish Performance. Well done Gerry!

The relay on Bramshott Common provided some fast running and unfortunately a confusing control with a mis- number. Despite this all our teams finished error-free giving us a comfortable lead over a diminished Welsh team and we took home the Judith Wingham Trophy again.

Many thanks go to the parents who travelled with the team and especially to Eoin Browne who lent his O-shoes to Ben whose bag stayed in Gatwick for the weekend. Special thanks to Stephanie Pruzina for coordinating and organising the Irish team in the absence of a Junior Affairs Coordinator for the IOA. Made especially difficult under the current covid restrictions, differing North/ South Ireland and UK! Of course enormous thanks to SLOW for putting on a great event and particularly Mathias and Abi  who co-ordinated the weekend.

One final learning point…we might need to recruit some musical talent for next year. If we can’t beat the Scots at O maybe we can out-sing them!

Links to Full Results can be found at SLOW’s website here.

More thanks to Stephanie Pruzina for providing the basis of this article. 🙂

This weekend a team of juniors and their supporters and mentors are heading for Haslemere in Surrey in the South of England for the Junior Home Internationals. South London Orienteers, affectionately known as ‘SLOW’ are hosting the event. The event is, for many, the first time they will don the Irish jersey and orienteer for an all Ireland team in the JHI.

The JHI is the ‘Home Nations’ of Junior orienteering where teams aged M/W14 to M/W18 from each of England, Scotland, Wales and Ireland compete. The event consists of an individual long distance competition on Saturday, followed by mixed aged teams in a Relay on the Sunday. Results from the two days are calculated using a points based system.

Saturdays long distance race will be in the aptly named Devil’s Punch Bowl and Hindhead Common, a tough area with plenty of gradient which will test both the mental and physical strength of these youngsters.

The Relay race will be held on a newly mapped area at Bramshott Common, the area is very runnable with a mixture of lightly wooded sections and open grassy areas interspersed with trees.

The full list of the team can be found here, members represent a range of clubs from across the country including :

We wish the young orienteers a great weekend of orienteering, making new friends and memories.

Subject to photographic restrictions, we hope to bring you pictures and news of the event as it happens via social media channels , facebook, instagram and twitter.

The following have been selected to represent Ireland at the Junior Home International which is taking place in England on October 9th and 10th.

Congratulations to those selected and best of luck at the JHI.

The Junior Home International is scheduled for October 9-10th in Southeast England.

The selection policy for this event can be downloaded above.

In particular note that the event in Woodburn Forest (Co. Down) on July 24th and Fauna Wood (Co. Wicklow) on September 5th are selection races for the JHI, with additional details regarding same in the selection policy document.

As you get older, and want to be a successful orienteer at international level, planning is key.

My template was to start with a year plan, and fill in events and training weekends (ranked as high priority/medium priority/low priority). I’d work the training around those, classified into hard/medium/easy weeks. I would have a training plan for every day. I regard rest days as an essential part of training.

Nick has written a lot about this in his blog-post so I’d urge you to read and re-read his piece: https://www.orienteering.ie/how-to-train-like-an-elite-by-nick-simonin. Plans need to have some degree of flexibility, but get the key sessions done.

Basic lab tests like VO2 give you a baseline to work from, heart rate zones to train in, and improve upon. This would be for age 18+ though. The absolute key to being in great shape is to train consistently and avoid illness and injury.

There is absolutely no reason why Ireland couldn’t win the JHI. Believe in yourself, train smart, and the results will come. And enjoy it. You will have some of the best times of your life. Have fun!

A team of 24 juniors are heading to Wales this weekend with a team of coaches and parents to help them along. This will be the first time wearing the Irish jersey for several of our orienteers. We wish them fair weather and good runs for the weekend ahead.

The Junior Home Internationals are held in Autumn each year, rotating between the Home nations. This years event is hosted by the Mid Wales Orienteering club.

Saturdays Individual event will be held near Dolgellau in an area known as Gwanas. The youngsters will be competing on technical terrain. The area is made up of mainly rough open grass slopes with many technical rock features, with some streams and marshes. The area slopes steeply to the east. All courses will visit pasture fields, which are steep and rough in places and with patches of scattered trees and bracken. 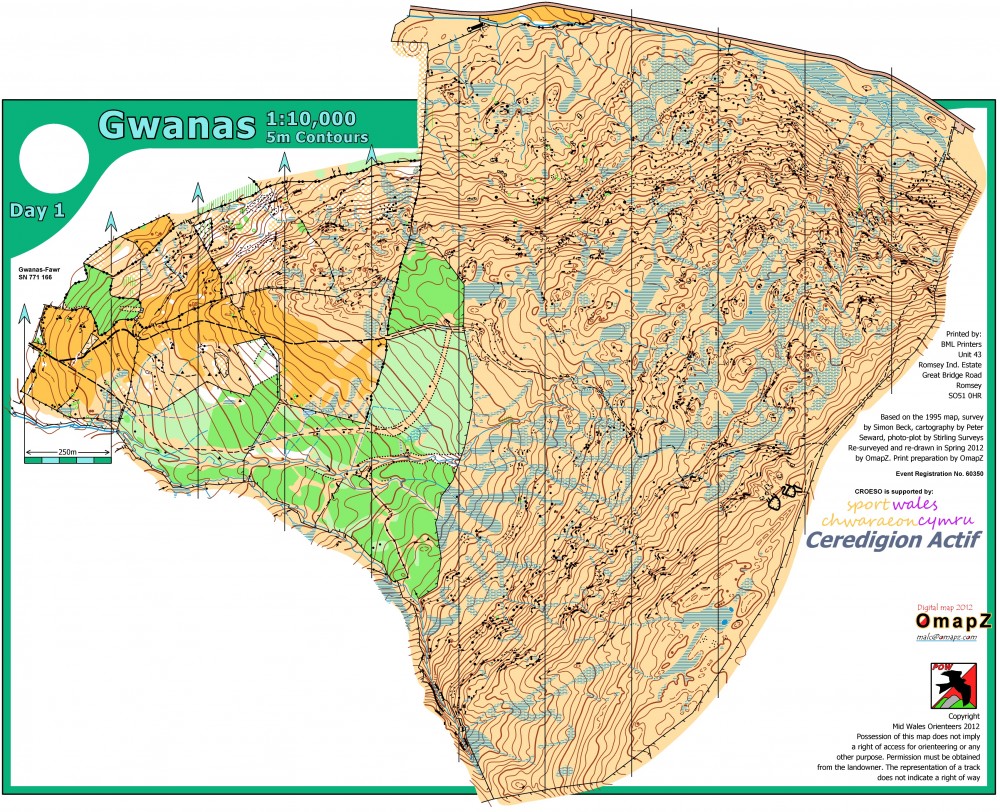 On Sunday the relays will be held a little further North in Snowdonia region, near Bronaber.

Our Junior Squad will be keeping us posted over the weekend on their races. Check in on Facebook to see their progress.

This year the Ward Junior Home International will be held in Wales on the weekend 07/08 October.

The selectors have spent a considerable amount of time looking at results and discussing the performances of all individuals. The competition for the twenty-four spaces on the squad has been very strong and shows the increasing strength of the entire Irish Junior Squad. There have been several close and tough decisions made. 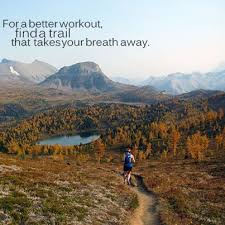 As a reminder to those wishing to be selected for ANY of the races JHI/ JWOC/ EYOC, we recommend that you run the Elite courses if applicable to your age. This makes it easier for us to compare runs. The selection races will be announced near to the end of 2017, as will the date for the Time Trial.  Please let me know ASAP if there are reasons for you not to attend the time trials or selection races.

I would like to wish those selected, the VERY best of luck, and I’m looking forward to a great weekends orienteering.

To those not selected- keep going, eyes up, catch those features, enjoy your orienteering, your time will come. Promise.

As this was the last selection race for the Ward Junior Home Internationals, and the first time I had attempted to organise a training weekend, I am ETERNALLY grateful for all the help I received.

We started off at the supremely well organised Northern Ireland Championships in Florencecourt.  We got a little* wet, but as Pat McCavana says- if your feet aren’t wet you are NOT in the right place!

The scenery was astonishingly beautiful.  What other sport brings you to such beautiful, and unspoilt parts of the world. 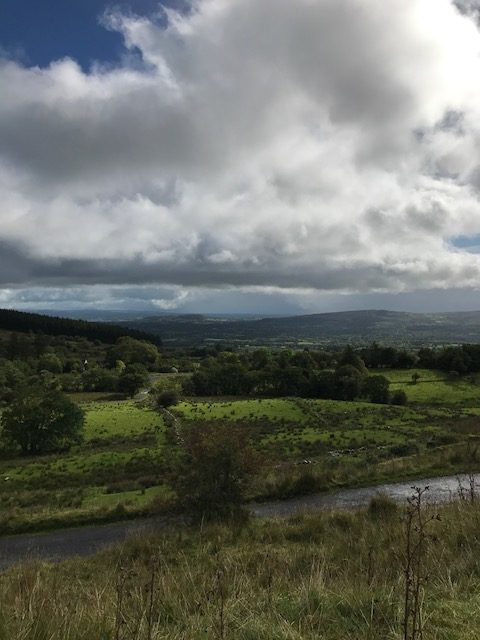 I spent much of my time talking to people, trying to chat and make myself known to as many as possible.  For information my email is jeni@pims.ie

I had the absolute pleasure of presenting Mike Long with box of goodies on behalf of the Junior Squad.  An absolute stalwart of junior orienteering, he encouraged not only squad members, but also parents to greater things.  ALWAYS encouraging and enthusiastic.  And always managed to get a run himself- must find out THAT secret.

Thanks to the FERM-O chairman, Stephanie had managed to secure accommodation for those staying over for the training.  Many thanks to Debbie Whelan, Edith Bridcut and Ciaran Donaghy who organised the food.  One of the highlights of ANY overnight orienteering.

We spent some time on the Saturday night playing a few ice breakers and going over maps from the day.  It was lovely to see new faces and I really hope that they felt welcome.

On Sunday morning we headed to the Gortlughany.  We had kindly been left the controls that the longer courses had used on the Saturday.  It was VERY wet and WILD.  BUT you never can choose the weather you race in, so train in all weathers.

The Juniors went out in groups shadowed by adult volunteers. We put a time limit of an hour on the exercise.  As Stephanie Pruzina said it was also an exercise in Shout-O, as the wind made talking impossible.

After quickly re-grouping we headed to Castle Saunderson for the second part of the training. We were piggy backing on the score event that was being run by FERM-O after the SHI relays.

Although the group were collectively tired and wet, all managed to go out again, apart from the three youngest who got first timers dispensation!

Thankfully Castle Saunderson has showering facilities so all were able to change into warm clothes in relative comfort.

I would like to thank the following people for helping out, making my life a lot easier.  Without them I would have been flailing around in the dark.

Firstly Stephanie Pruzina- an expert in all things!

Debbie Whelan, Edith Bridcut and Ciaran Donaghy for the yummy food and help with the training

Philip McGoldrick for helping with the accommodation

If you would like to take an active role in helping train our orienteerers of the future please get in touch.  We are always looking for help with training/ driving/ cooking/ towel holding/ dibber finding/ map organising