The 2019 edition of the annual IOA Major Events Conference was held recently in the Maldron Hotel, Portlaoise.
This is an event where information and experiences are shared by members of the various Organisers, Planners and Controllers of multi day events held annually.
Chairperson Mary O’Connell delivered the opening address and then it was straight down to business.
This year there were presentations from the team involved in delivering IOC2019.
In attendance were members of the IOC2020 team along with the Overall organiser for the 2020 Leinster 2 day.
There were also contributions from:
Josh O’Sullivan-Hourihan – giving an insight from an Elite athletes perspective.
Debbie Whelan on Event promotion and how to utilise various platforms such as Twitter and Facebook for advertising the event.
It was a full day of interaction and knowledge sharing that was appreciated by all in attendance.
All the presentations will be available on the website.
I would like to take this opportunity to thank all those involved in IOC2019 for giving us a great event. Raymond and team gave us a challenging and varied few days over the May bank holiday weekend.
Looking forward to a similar experience in the “Kingdom” in 2020 with members of Kerry “O” and Cork “O” setting the challenge.
The Irish Championships into the future.
To close the conference there was an exploratory initial discussion on the way the Irish Orienteering Association organises the National championships.
There will be more to follow on this but the intention is to explore if the current organising format is the best fit for the IOA and the Orienteering community.
Contributions and opinions will be sought and discussions will follow if decisions on altering the format are to be considered.
If you think you would like to contribute to this process please contact – technical@orienteering.ie
Finally the day finished with an IOA Executive committee “Face2Face” meeting.
My thanks to everyone who contributed/helped on the day.
Paul
Paul O’Sullivan-Hourihan 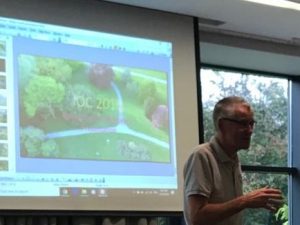 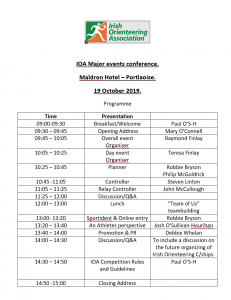 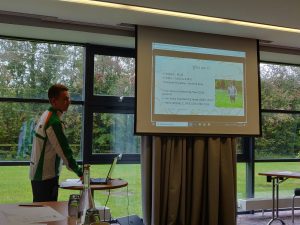 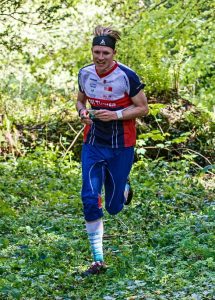 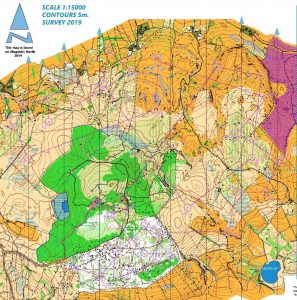 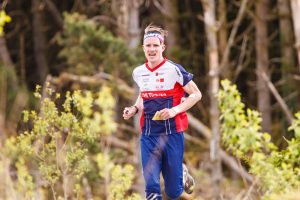