Spring is Sprung, the grass is riz …

Campus Sprint Series Starts
Leinster orienteers will doubt that spring may be here, if they were out at DUO’s Spring Series event last Sunday on Three Rock Mountain, but there’s a stretch in the evenings, the Dublin by Night series is finished and the new Urban Sprint Series is about to start.The first of four urban sprint races is at the UCD campus at Belfield this Saturday, starting from 11 to 1 pm.
Mike Long writes
“A series of urban sprint events will start next Saturday in UCD. Specific details of the UCD event will be posted separately but the start time is 11:00 – 13:00 not 15:00 – 17:00 as it was originally stated on the web. This is a requirement of the UCD authorities.The events are at:
16/2 UCD
23/2 DCU
2/3 TCD
23/3 UCC (EYOC + JWOC Qualification Race)
The motivation behind the series is to provide some practice for sprint events, now a feature of all major international competitions, to raise some funds for the university clubs and the junior squad and to have a bit of fun!
At each event there will be:
– two courses; long (4 km) and short (2.5 km)
– winning times; similar to those encountered at the JK
– costs; adults €5, students €4, juniors €3, families €10
– SI card hire €2
– profits split 50% between university club and junior squad
We will have a league with the best of 2 races to count. Prizes for 1st M/W 21, 1st M/W 45+, 1st & 2nd M/W 18 and 1st & 2nd M/W 14-.
Any beginners who wish to try are welcome and there will be people on hand to help them out.”

This is a great chance for runners and others to try orienteering in a familiar environment: there’s no mud, no heather or bog, no forest, no mountains: just buildings, paths, patches of “terrain”, lots of route choice, thinking on your feet, seconds to be lost, decision making, map contact, brain work, adrenalin. Urban orienteering, either in sprint format (like this) or longer races (like London or Venice) is enormous fun. It’s a workout for the mind as much as the body, so even veterans and/or less fit people can do it and enjoy it. Maps are often drawn specially, using ISSOM (International Sprint-O map standard).
Beginners won’t want to travel to deepest Munster or deepest Leinster to try a new sport, but they might hop on a 46A and take a trip to their local university to try it. What’s there to lose? If it’s good, they come back for more; if they don’t enjoy it, they’ve lost an hour or two but still got some exercise. And who could fail to enjoy it?
Have a look at an old sprint course at UCD from 2008 here. Incidentally, here‘s the map from this week’s evening sprint race at the Portugal O-Meet which Thierry Gueorgiou and Simone Niggli won.Here’s another interesting one, from the Sky Tower shopping centre in Wroclaw, Poland. You can see a headcam recording of the race here: bemused looking shoppers outsprinted by colourfully dresses Lycra-clad orienteers … 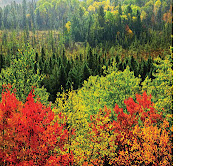 Concern has been voiced over Government plans to sell the harvesting rights to Irish forests owned by the state forestry company, Coillte. The proposal is that Coillte retains the land but the trees will be sold off to private companies. This has economic implications but also implications for access for forest users like orienteers, mountaineers, walkers, cyclists and others. There are no official rights of way in Ireland and the forests in many cases provide the only viable route to upland areas. While orienteering may be less of the “forest sport” than it used to be – as so many open areas are used – it is still a sport closely associated with forests. Whether commercial interests would have the same view of recreational users as Coillte has gradually come to have, is an unanswered question.
The foresters working for Coillte have produced a booklet explaining their opposition to the proposals (see it here) and the RTE “Eco Eye” programme recently did a feature on this threat to Irish forests.
A campaign web site www.saveourforests.ie  has been set up to focus opposition to the plans. A recent meeting of organisations affected by the proposal included the Mountaineering Council of Ireland, the Tree Council of Ireland, the Society of Irish Foresters, the Irish Ramblers Club and the Donadea Forest Group. The Irish Mountain Running Association and the Irish Orienteering Association are quoted as sharing the concerns of the other organisations about the plans.
Orienteers, despite being a small group, have a part to play and should consider the effects of selling off the state’s timber resources, built up over 80 years of forestry here. We have never been ones to protest much over access and conservation issues (“Keep Ireland Open” got no official support from IOA) but this is certainly an issue which affects us.