Scotland provides the best orienteering in the UK – don’t just take my word for it: the World Championships will be in Scotland for the third time in 2015. This weekend the Irish team is taking on the Welsh at Craig a Barns (Realy – Saturday) near Birnam (remember Macbeth) and at Errochty, near Pitlochry (Individual – Sunday). As an aside, the Sassenachs are taking on the Scots at the same time. Both areas have been used for major competitions before: Craig a Barns most recently for one of the Individual days at JK2012. Errochty was used for a Veteran Home International a few years ago.
Allan Bogle, recently returned from some years running orienteering in the Canaries, is leading the Irish team. The team consists of range of orienteers from all over the island and age classes from 18 to 40. The turnout should be good this year – we have suffered in the past from having incomplete teams, but there are still some injury worries which may mean that the full complement of runners is slightly short.
It’s a bad time of year for the event for students: many of them are just back or just staring in college and can’t afford to take a weekend out.
Some 18’s are running up in the 20 class (Niamh Corbett and Cliona McCullough in W20, Eoin McCullough in M20) but these all have extensive international experience as juniors, including European Youth Championships. At the other end of the scale, the likes of Marcus Pinker and Ruth Lynam bring great experience of elite-level competition with them in M and W 21. Read the Senior Squad bloghere.

The team as selected is: 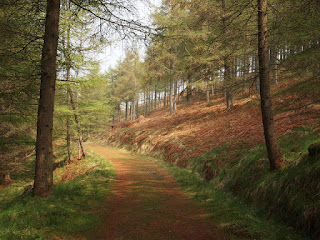 I was surprised to learn a while ago that the Leinster Orienteering Council was no more. The situation in the province looked like “Business as usual” but that’s not always the way to have it. If you look at the IOA Constitution (seehere) you will see that the Regional Councils are expected to exist and, not alone that, to fulfil a range of functions deemed necessary for the promotion and growth of orienteering.
That Leinster has survived so long without a Regional Council is not an indicator that Councils are unnecessary – it’s more a testament to the individuals who have taken on a range of responsibilities despite the absence of an “official” umbrella body.
Who do I mean? The likes of Mary Healy who runs Schools orienteering in Leinster, Sean Hassett (Fixtures), or Val Jones (League prizes). These are doing a great job, doubly so as they don’t have the official support of the clubs and individual orienteers in Leinster.
I don’t believe that orienteering in Leinster is in a healthy state: where are the junious coming into the sport? Where is the coaching, the promotion, the development?
We have almost two million people in the Greater Dublin area, not counting the rest of Leinster; we have forests and mountains, sand dunes and parks, towns and cities which could be mapped, but where are the orienteers?
The responsibilities of a regional council include  fixtures coordination, collection of event levies to run the region and the national association, generation of funds for regional use, coaching coordination, development of schools and juniors, club development, PR and promotion, and maintenance of technical standards. How many of these are being done? How many are being neglected?
I am well aware that orienteering exists purely on volunteers and that everyone has many demands on their time, but the next generation’s orienteers are relying on us to keep the sport alive and prospering.
The technology of orienteering has developed enormously from the minority sport it was when it started back in the late ’60’s to the minority sport it is today, but the levels of participation, the income from events, the development of the other aspects of the sport have not kept pace. No matter how good the technology (for mapping, event organisation, information), the core of the sport is the people.

Sørlandgaloppen 2012
Mike Long, IOA Juniors Officer, and Pat McCavana report from southern Norway …
Pat Mc Cavana’s 2nd place in the M50 sprint around picturesque Kristiansand was the best Irish result at this year’s Sørlandgaloppen in Southern Norway (see Pat’s thoughts below). The event is held annually somewhere along the Norwegian coast between Oslo and Stavanger. As the Sørlandgaloppen will double for JWOC in 2015 (on its 50th anniversary), attendance by Irish juniors in 2013 or 2014 might be worthwhile. The2015 event will be centered at Porsgrunn.
Incredibly now in its 47th year, in the past it attracted up to 4000 competitors but now it is closer to 1000 due to the conflicting attractions of O Ringen, WMOC, WOC tour etc. The McCavana (GEN) and Long (AJAX) families attended this year’s event together with 35 members of the Scottish Junior Squad.
The event was preceded by 3 days of training and socialising with some local juniors and the Scots which hopefully will lead to some long lasting friendships. The Irish juniors were made very welcome, by Scots (thanks largely to Dublin based Scot, Kyle Heron, who was one of the leaders of the Scottish group) and Norwegians alike, and there is much scope for training in the area.
The event itself comprised an urban sprint, followed by traditional middle distance, long distance and chasing start events in typical southern Norway forest terrain. The forest courses were difficult technically if not being too long or tough physically. Not surprisingly the best results were recorded by the two second year W16’s (Róisín and Aoife) who both had at least one top 10 finish each and their results were comparable with the Scottish girls (augers well for JHI?). The two first year 14’s (Éadaoin and Ruairí) were solid and produced several mid table finishes. As for the adults? Suffice it to say it would be quicker to find their results by starting at the bottom of the list.
Overall I would strongly recommend this event as the orienteering and maps are first class, the atmosphere is relaxed and friendly and there is ample opportunity for recuperation in the local lakes.

The Sørlandsgallopen started with a sprint around Kristiansand old harbour area. The square assembly area was well covered in advertising with an inviting waffle stall. The previous days had been spent finding controls around the surrounding rocky forested damp terrain, so a bright evening event allowing me to run freely and stay dry was welcome. An earlier event had allowed familiarity with the art of EMIT stamping at the controls so after a quick run along the harbour and I was set to go. Having experienced the map from earlier event I was looking forward to actually seeing quickly where the controls were, (they were marked in a clear vivid purple). For colour blind people like myself in Ireland the red start and control circles are hard to find, but in Norway the purple colour allowed the controls to stand out on the map making life somewhat easier especially as you exit the start. As an extra bonus the map was actually 1 to 4000, so the absence of a magnifying glass on my compass didn’t matter. The actual course itself was straightforward, with one error in route choice losing 20 sec or so and going up the wrong re-entrant but rapidly recognising it. So coming back towards the arena I decided to keep a fast pace feeling that I should be well away from my usually placing and would get a nice mid table position similar to my sprint at the JK. A big cheer from Mike and Catherine greeted the approach to the finishing line. A download of my EMIT card showed a clear run and with sweat rolling down my back (yes the sun was shining), I drank the flavoured water provided and eyed the waffle stand. The results board later showed a 2nd placing much to the surprise of us all, with a 72 sec deficit from first place.
I was not the only one who had a good run. Other good results from an Irish perspective were:-
D15-16
1. Julie Hjortland 8.37
6. Roisin Long 9.44 +1.07
9. Aoife McCavana 10.04 +1.27
M21L
1. Mats Dahlén 12:35
6. Kyle Heron 13.51 +1.16