The numbers keep increasing at schools events.AS the Leinster and Munster schools championships are due to be held next week at Fota and Djouce woods, we wish all the organisers every success and good weather. Check out the Irish schools blog for pictures and details of events held: www.irishschoolso.blogspot.com
A quick analysis of the events held so far in 2014 (including the last Leinster Primary event for fair comparison a recent planned event was cancelled) shows a total of 1671 runs at 5 events (Leinster Secondary League 3, Primary league 2, SE Primary and Secondary, Cork Primary and Secondary)
Primary numbers are fairly consistent with Leinster 298, CSOA 325 and SE 336 for a total of 959 runs
Secondary numbers are more variable with individual 1st girls and PJC girls being the lowest totals. Leinster 224, CSOA 145 and SE 343 for a total of 712 runs.
Well done to Mary Healy and all her helpers in Leinster, Waterford Orienteering Club in the SE and to Liam O’Brien and CSOA for all their work in the Cork region. Thanks also to the IOA for continuing to support the development of schools orienteering. 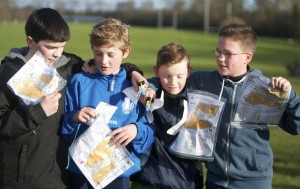 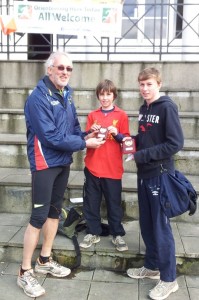