Three first places and a winning Relay team were the highest placed Irish competitors at the Jan Kjellstrom O-Festival in England over Easter.

Amid snow, gales and mud, 3000 competitors from many countries took part in this four day festival which started with a sprint race at the University of Surrey at Guildford. The two day individual event followed at Leith Hill (scene of JK71, 77 and 99) and Ashdown Forest (of Winnie the Pooh fame), and a relay at Eridge Old Park.
These are some of the best areas in southeast England for such events: certainly Leith Hill is beautiful runnable forest with a variety of detail. Ashdown is more straightforward with tussock, marshy open areas and easier navigation but more physical, while Eridge Park was good for a relay but very muddy at this time of year.
The sprint race was on a sloping university campus with many buildings, courses of less than 3 km and winning times of 15 minutes or so with lots of controls: something we could easily emulate here. Best Irish performances were Laurence Quinn (GEN), 4th M14 and Maritta Kymalainen (SET) 4th W45. Daniel Hubmann won the Elite race by 11 seconds (2.7 km in 14.01) and Sarah Rollins won the W21 race by 6 seconds (2.4 km in 15.58).

The 2-day individual event started at Leith Hill, near Guildford. High winds and wintry showers meant a run on the gloves and hats at the orienteering shops, but once you were running the conditions were reasonable most of the time. The area had plenty of paths and plenty of runnable forest, with areas of pits and detailed contour features. The elite courses had a short race today, with the classic distance at Ashdown to follow on Sunday.

Ashdown Forest was close to the army camp where 600 competitors stayed, including many of the Irish. Again, conditions were tough, with wind and heavy showers. Several valleys cutting into the area made for more climb than on the first day but the navigation was easier.

The Elite classes were won by Daniel Hubmann (Switzerland) and Elise Egseth (Norway).

The Relays (for the JK Trophy) at Eridge Park were in a deerpark: runnable open surrounded by mixed forests with a high fence to separate the two. The weather again played its part: heavy snow showers to numb the waiting runners and cover the tracks in the forest. Very muddy underfoot with marshes and streams, but detailed enough and with some route choice, not a bad area. One of the Irish Junior Squad teams (Alex Simonin, Alan Lane and Padraig Mulry) won the Open Ad Hoc class by almost 4 minutes, with other Irish teams mostly based on the Junior Squad in 4th, 5th and 6th position. some of the last leg runners couldn’t start because of travel arrangements.

JK 2009 will be in Northumbria: a sprint race in the centre of Newcastle upon Tyne; individual events are Kyloe and Detchant (as in JK 85) and a relay at Dipton. At least Easter is later next year … and maybe next year there will be less confusion about what the various days are called. The Sprint race was called “Day 1”, the first individual “Day 2” and the second individual “Day 3”.

An Irish Junior Squad tour led took in the JK before a party headed for a few days training in Sweden and the 3-day Spring Cup at Hillerod in Denmark: the first major competition in Scandinavia after the snow melts. See details of the Spring Cup here. The event consists of a night event, classic and relay.
Update: Two Irish teams got top-10 places in the Relay. Colm Hill, Aine McCann and Alan Lane finished 4th and Rúairí Short, Conor Short and Kevin O’Boyle 6th.
Read more about the Spring Cup on the Ultimate Orienteering web site here.

Peak Season at home
We’re coming to the time of the Irish Championships: entry closes on March 31st so be sure you have entered. Before that we have the Leinster Championships at Fair Mountain in Wicklow. Setanta Orienteers are organising the competition and you can see details here.
Don’t forget the Irish 3-Day on Inishbofin on the June Bank Holiday weekend. 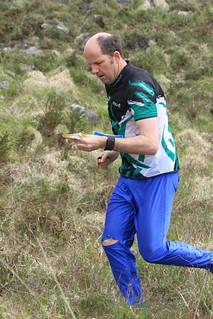