Two of our international athletes, Niall McCarthy and Nick Simonin have travelled to China for the Orienteering World Cup.

The competition area is in the Nanhai District of China is north of Hong Kong in the industrial heartland of China where temperatures at this time of year are moderate, in their mid twenties but with high humidity. The opening ceremony took place today, together with some interesting athlete interviews, it can be watched here.

The sprint races are due to take place around the Forbidden city of the old town with intricate passages and steps around fortified walls with multiple levels. The Middle distances will take place in the forest, which in China means Jungle! Athletes are prepared to run on particularly green maps. It will be testing for all competitors, races will start on Saturday morning Irish time.

Examples of old maps of the area 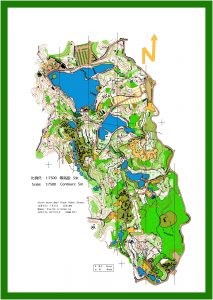 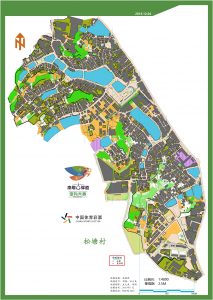 Whilst Niall arrived only  yesterday, Nick has been in China for the past few days, with the PWT (Park World Tour ) China group and has been acclimatizing to what lies ahead in the coming days.

Nick sent a few words on his trip so far.

“Originally I hadn’t planed to do any more international races after WOC this year but I decided 2 months ago to throw my name in the hat for this round of World cup races after getting an invite to attend the PWT race and training camp in the days leading up to the Orienteering World Cup. Having never visited China before, it has been a big cultural experience when compared to your typical European orienteering trip!”

“Travelling over early meant I could give myself plenty of time to get over the jet lag (however being honest it never really hit me sleep wise) and spend quality time with like minded people traveling around China. It’s always great fun traveling with the PWT, the diverse group of 1-2 runners per country means you really get to mix. This trip was no different getting plenty of chances to mix with the locals too. We also spent a dew days at a beach resort by the coastal city of Rizhao (ca. 600km south east of Beijing) it was a nice and relaxed setting and perfect weather (20deg and sun).”

“The trip started off with a PWT race where I finished 10th. Then a few more easy days of training and sightseeing before we flew down the Gaungzhou where the world cup races will be held.  Arriving in China a few days early has helped me settle in and get used to the heat and humidity especially when it’s compared to the weather at home in Oslo over the last few weeks!”

Wishing both Niall and Nick great runs over the next few days.

You can follow their progress on live TV with links available in this article. 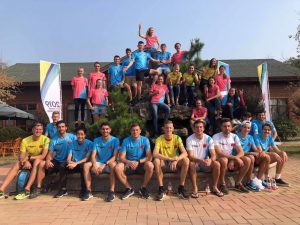