Ór is a program that will allow you to produce results from an orienteering event. It is usually used for with SPORTident but has also been used for “punch” events.

Import from Purple Pen menu added to simplify the process.
Some improvements with the Startlist edit screen
Compatible with Open Webstart and OpenJDK. Also newer versions of Java.

Fixed problem where new installs were not able to create a new competition.

Some V5 cards were not being recorded correctly when the start box was dowbloaded - the SI numbers were incorrect
Now supports pCards, even when card reader box is in Exended protocol mode (untested)
Removed GPS download feature.  I don't think it was used and just added to complexity.
It is now possible to ignore the time a competitor punched the start box and manually enter a time.  Though, I'm not really sure if this will be useful.
Fixed error with course variant names when importing from OCAD.
Now using a different library to connect with the serial port.  The only difference you should notice is that Ór does not crash if you disconnect the download box.

Fixed a bug when a competitor has no SI number assigned.

Now gives a warning if you import a start list with courses that are not in the database as this may indicate that they are miss-spelled.
Fixed problem with start time in split sheets.

Fixed a couple of problems with relays.

Course variants which handle butterfly/one-man relays.
'Off the clock' road crossings.
Reordering of courses or classes so results can be shown in a logical order.

First effort at printing results on a thermal printer.
Fixed a bug when importing classes from the OCAD data.

Had another crack at the Time Taken on the Finishers panel and Splits sheets.
Fixed a bug when using the Clear button in the Simulator.

Added log4j for logging.
Redesigned the SPORTident code.
Download Start times more robust.
You can enter a Federation ID when adding a competitor.

Supports controls with codes greater than 255, even for v5 cards.
You can rename controls. e.g. control 101 can be called CP1.
Federation IDs in the archive are copied into the results csv file

Added support for Scatter courses.
Added Download Screen which can be shown on a separate monitor, visible by competitor or download official. This is to help reduce distractions for the computer operator.

Bad Bluetooth implementations could cause Ór to take a long time to start. Updated to start before checking for COM ports.
Made the GPS splits feature more robust.
Fixed a problem tha can occur if the courses file is edited with a spreadsheet.
Fixed a problem with inserted controls in the output csv file.
Fixed a bug with punches 31-36 on V5 cards.

Fixed a problem with the Status panel which was not updating. Also, added a tooltip with extra detail.
Fixed a problem where re-downloading a card after punching the finish added a new entry instead of overwriting the old one.
Added support for controls with codes greater than 255.

Fixed bug in Import Start List that could leave Ór unusable.
You may enter competitors without an SI number
Fixed bug where it was possible to enter letters into SI number field.

Basic Linux support - no GPS feature yet.
Statistics panel makes life easier at the end of an event
Com port on main dialogue for ease of access.
Improved time handling.
Can mix and match manual and SI.
Can delete competitions.
Can overwrite already-uploaded results on orienteering.ie.
Improved importing Courses and Map image from OCAD.
Can change result reports from Course based to Class based and vv on the fly.
Competitors that are in the Archive may be auto-entered when they download. There is still the option to add them to the Unknown list instead.
Many bug fixes.

What will Ór not do?

If you have any questions or problems, email webmaster@orienteering.ie and I will help if I can.  Please note that Ór is free software and comes with no warranty. 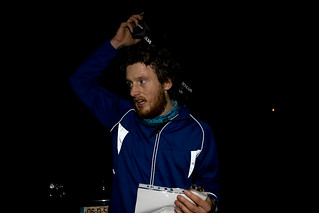