What a novelty – orienteering in a forest! Toureen Wood, location of the Munster Championships on November 1st, is a largely runnable forest near Cahir, Co. Tipperary, on the northern slopes of the Galtees. Recent rain made the going slippy underfoot, but the map was mostly white (indicating runnable forest) with a network of roads and tracks. Starting high and finishing low, Jim O’Donovan’s courses made the most of the terrain, giving choices between contouring through the forest or taking longer road routes with more climb. The typical Galtees feature of large gullies running down the hillside broke up the forest into blocks. Two hundred competitors took part in the event, organised by Cork Orienteers. The map, surveyed by Pat Healy, was at 1:10000 scale and was printed on waterproof paper – quickly becoming the norm for bigger events.
CorkO’s Darren Burke finished first in the M21L class and Niamh O’Boyle won the W21L class.
See results, splits, routes here. (Photos by Finn van Gelderen and John Shiels. To see more of Finn’s MOC photos see here; to see more of John’s, see here.). 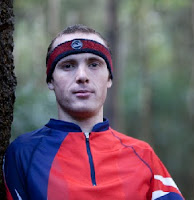 Veteran Home International
The Irish Veteran Team is travelling to the VHI in Derbyshire next weekend. There are several new faces on the team and ireland can expect some course wins, with Ruth Lyman (W55), Colm O’Halloran (M45), Brian Corbett (M45) and Declan McGrellis (M35) running well at the moment.
The weekend kicks off with the relays at Longshaw on Saturday where six teams of four runners from each of Ireland, Scotland, Wales and England will run. Sunday’s Individual event at Eyam Moor, near Sheffield, will feature open mountainside with some steep forest, and all eyes will be on the critical Ireland v Wales struggle, while in the secondary competition England and Scotland will battle it out for first place. The Eyam event is combined with a BOF regional Event (which would until recently have been rated a National event) so there should be big numbers and intense competition.
OCAD Course
This Saturday (14th) there’s an OCAD course (for drawing O-maps by computer) in Dunboyne.The course was originally to be run on September 26th but was postponed. There are a few places available on the November 14th OCAD course. The venue is Dunboyne Castle, Co. Meath. It is an all day course on Saturday, Nov 14th for all levels of OCAD skills. The course is given by Pat Healy of CNOC.
To secure your place please send a cheque for €25 to the Irish Orienteering Association, Second Floor, 13 Upper Baggot Street, Dublin 4
For those already signed up, also send your cheques to the above address.
Aine Joyce IOA Admin Assistant (osec@orienteering.ie)
Orienteering In Venice
There are a few Irish orienteers running in the annual Venice street-O race on Sunday 15th: good luck to you all – hopefully we’ll get a report on the event afterwards.
NI MTBO Championships
The Northern Ireland Mountain Bike Orienteering Championships has been rescheduled for Saturday November 28th at Craigavon Lakes. The event was to have been at the more demanding Castlewellan Forest but access restrictions forced the change. See details of the event here. See previous courses and routes here.
Connacht Championships
Finner, Co. Donegal is the venue for the Connacht Championships on November 29th. Entries are still open but the cheapect entry deadline has passesd. WEGO are accepting e-mail entries. Details here. Entries are possible up to November 20th – maybe even later?

Finner is a good area of open sand dunes, more physical than many sand dune areas: steeper and with long marram grass. The area has been used for previous Connacht Championships and even Interprovincials (remember them?) as well as part of a Junior Squad training weekend in 2008. Make a weekend of it by taking in the NI MTBO Championships on the Saturday.