Well done to the CSOA for running yet another successful Munster champs. Particular thanks to Dennis Power and Jim Callnan and their team of helpers.
(from Liam O’Brien) CSOA  would like to thank all the schools who made  the effort to get their students to the event. Hopefully everyone  enjoyed themselves and that it was a positive experience. A special thank you is due to the team at Nagle/Rice secondary school  for organizing such a successful promotion. Particular credit is due  to the team leader Jim Callanan and his daughter Martha for the hours  of work put in to ensure that everything ran so smoothly.  Likewise  as many hours (and probably more!) were expended by the planner Denis  Power who, as was generally agreed, got the courses spot on for the differing levels of competition. Thank you also to the officials from Cork Orienteering Club and North Cork Orienteering Club who helped out in dealing with the record  numbers of primary school participants.
In the Secondary section, it was no surprise that Nagle Rice on home turf ran Midleton CBS very close in the PJC Boys. Leslie Coughlan and James Griffin got the better of 4 boys from Nagle Rice to win by a small margin. . . In the 2nd/3rd yr boys, Nagle Rice filled the first 4 places to easily win the team section. Colaiste Chroist Ri were 2nd and Newtown 3rd team.

The clearest winner of the day was Robert Pim from Newtown who won the 1st year boys by over 3 minutes. Nagle Rice got the better of Colaiste Chroist Ri in the team event. 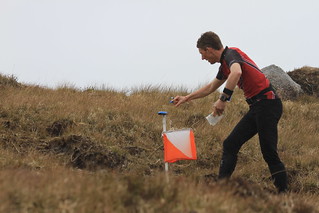