This weekend’s Irish Championships in Kerry will bring togather some of the best orienteers and the best terrain in Ireland, with a feast of sand dune orienteering on three contrasting areas on the Dingle Peninsula. Castlegregory and Inch have been used for orienteering before, but the Maharees is a new map. Castlegregory and Inch have been resurveyed for IOC, a move necessitated by the natural movement of the dunes and aided by the arrival of LIDAR technology for Inch (read more about LIDAR here).
Saturday’s middle distance race at Castlegregory will have courses from 1.2 to 6.4 km before moving to the classic distance at Inch with an M21 Elite course of 10.6 km with 500 m climb (reduced from 13.1 km with an incredible 750 m). The Women’s Elite course is almost as long, at 9.3 km with 450 m.

Numbers are down on recent IOC’s, probably due to the high entry fees, and this is likely to have a negative effect on the perceived level of competition: there are only two classes with more than 10 competitors. Nevertheless, there will be stiff competition out there: will defending Men’s Champion Marcus Pinker (who has won on these dunes before) manage to hold off Darren Burke and Gerard Butler? Will Áine McCann’s youth and fitness be enough to overcome the skill and stamina of Ruth Lynam and the experience of Ros Hussey? As Danish physicist Niels Bohr is supposed to have said, prediction is very difficult, especially about the future. We’ll know the answers in a few days.
Monday’s Relays return to the north side of the peninsula, with a mass start at 10.30 for all teams. Teams in a relay run broadly similar legs, but in a different order or with cross-overs in mid course (“gaffles”) to prevent following. Munster teams dominate the start list, with the organisers. Bishopstown, fielding ten of the twenty five teams, followed by CorkO with four teams. At this stage it seems safe to say that Bishopstown will take the Women’s Premier class (both teams entered are BOC) and Cork O are likely to be uncatchable in the Men’s Open (Darren Burke, Brian Corbett and Marcus Pinker) though a wild card in the form of a Ukranian team is something of an unknown quantity.
Finally, we’ll be running through marram grass so don’t forget to pack your gaiters!
For more information on IOC, visit the competition web site here.
Maybe some of you will write about your IOC for The Irish Orienteer, rather than leaving it all to me!!!

IOA AGM
One of the features of the Irish Champs weekend is the Annual General Meeting of the Irish Orienteering Association. This takes place on Sunday evening and is an opportunity to voice your opinion on the activities of IOA and to lend them your support. Orienteers all prefer to be out there doing it rather than sitting at meetings talking about it, but without IOA, there would be no structured orienteering, no government grants, no international representation.
If you’re around Kerry this weekend, do go along to the meeting.

The International Orienteering Federation celebrated its 50th Anniversary in 2011 and has just released anon line video to mark the event: you can see it on the IOF web site here. It follows the sport from the early days and focuses on elite competition. Can you spot Eileen Loughman at the start of the 1979 World Championships Relays in Finland?
When the Federation started at a meeting in Denmark there were just 10 members: Bulgaria, Czechoslovakia, Denmark, Federal Republic of Germany, Finland, German Democratic Republic, Hungary, Norway, Sweden, and Switzerland. The IOF now has 73 member countries and at last year’s World Championships in France there were more than 50 countries represented.

You can catch up with the latest news from IOF with the on-line “Inside Orienteering” magazine here. 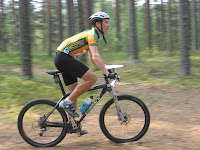 The planned Mountain Bike orienteering event at Djouce Woods, Co. Wicklow, on May 13th has been postponed.  The organisers, Setanta, failed to get any other clubs on board to run a series of events in May. There were some offers from clubs and it is hoped that a series of MTBO races will be held in September, possibly on Saturdays. Watch the IOA fixtures list for details.

They sound like lines from Brian Friel’s play, “Translations” but what do these placenames have in common?
Croaghakeadew, Croaghloughslug, Meenabrock, Clogher Hill, Croaghmeen, Barnesyneilly, Croaghnakern, Croaghnameal and Meenadreen.
Full marks if you identified tham as the areas which are out of bounds in advance of the 2013 Irish Championships near Lough Eske in Donegal!