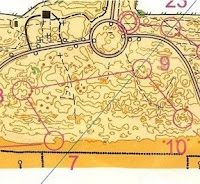 Rothery takes win at Bull Island for Ajax, Quinns make it a double for GEN
Colm Rothery led in the field on the 9 km Brown course 37 seconds ahead of John Casey making it an Ajax double at last Sunday’s Leinster spring series event at Dublin’s Bull Island.

Off the back of a hard cross country race the day before (in which he beat Setanta rival Gerry Brady), he was well pleased given that it was his first outing on the map. Reckoning the time could have been pushed into the low 50s, his approach of navigating off larger features and isolated vegetation lost him time when the intricate contour detail of Aonghus O’Cléirigh’s map was the way to go.

A rise in form may see him mount a challenge at the upcoming Leinster Championships at Fair Mountain on April 6th (Details here) but he will face stiff competition from some of the younger contingent absent on Sunday.
The Quinns, Laurence (M14) and Jonathan (M12) made it a double for GEN (Great Eastern Navigators) with Laurence taking first place on Light Green, Jonathan first on Orange. Both won against large strong fields.

Una May (3ROC) showed her experience and put two minutes between herself and Maritta Kymalainen (Setanta) at the top of the Green course.

James Millar, M10, LVO (Lagan Valley) was the winner for the Millar clan taking a clean win on the Yellow course.

Denis Reidy (Organiser), Donal Wickham (Controller) and Aonghus O’Cléirigh (Planner/Mapper) of the organising club Ajax produced a faultless, high quality event which must rank as a leading League event if not championship standard.

Two maps were used, the original Bull Island map and a new northern section, as technical as the first and deemed by some more so because of fewer large features.
See Results See Routes

Peter Kernan
News wanted!
Pieces published here don’t have to be big: if you have any reports on events, any news of interest to orienteers, any plans, suggestions or proposals, stories or histories, please e-mail them to the editor for consideration for TIO.

The O-Bits column in The Irish Orienteer has always been a miscellany of orienteering news from around the country and around the world and I’d like to keep it that way.

One concern, which I have raised before, is that those of you who have access to and are comfortable with the internet can get all the information, results, entry forms, Routegadget action replays etc, very easily. There are many others who don’t have access to this, or who prefer to have a printed page in front of them.

In 50 years time, will anyone bother to search the electronic archives for information on Irish orienteering in the early days? Will future technologies allow us to search things as primitive as PC’s or the internet? Nowadays we can still read printed information published hundreds of years ago: the printed word is more powerful and more permanent than characters on a computer screen.

Having said that, it is far easier to type something on here and have it available around the world almost instantly, than to grapple with layout, desktop publishing, printing, enveloping and posting a printed version.

In a reversal of this process I hope to publish archive material here, once I can bring myself to venture into the cobwebby attic to search. 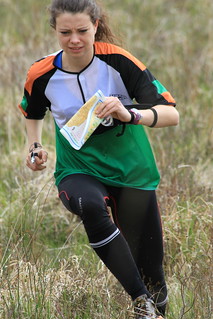