JK Deadline Approaches
Entries for the Jan Kjellstrom O-Fest in Northern Ireland at Easter have topped 1800 but IOA-based orienteers have only managed 165 entries at the last count. These entries are up on 2010 in Devon, but with such a major event just up the road, it’s a shame not to take full advantage and enjoy Britain’s premier O-event on your doorstep. Entries close on March 31st and Good Friday’s sprint-O time slots are filling up fast, so enter now.
In addition to the main Sprint, two Individual and Relay events, there is Trail-O (fiendishly clever courses set by a certain Alan Gartside have Trail-O enthusiasts coming from all over Europe to see if they can get the better of The Man) , TempO (a bit like timed trail-O), String courses for the smallest kids, and a series of other ancillary orienteering and fell races over 12 days. Two of the JK races (Sprint and Classic at Slieve Croob) are also IOF World Ranking Events, a chance for our Elites to pick up WRE points. Incidentally, sprint entries are up a lot on last year’s JK, particularly in the older age classes who are discovering the fun of sprint-O: it’s mind over matter: sprint-O for the mind, not just the body! 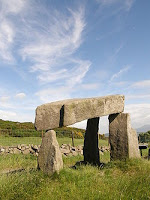 There are large groups coming from Sweden and Norway and orienteers from another 15 countries, some staying for the Irish Champs and some even staying as long as the Shamrock O-Ringen in June! Australia, Austria, Belgium, Czech Republic, Denmark, Finland, France, Germany, Italy, Japan, Latvia, Netherlands, Norway, New Zealand, Portugal, Switzerland and Sweden are all represented, as well as the UK and Ireland.Did you know that the Legananny Dolmen is on the slopes of Slieve Croob (JK Day 3) where the 1986 Irish Champs were run on the weekend of the Chernobyl nuclear plant explosion?

The Twelve Days of O
Remember that there are twelve days of orienteering associated with the JK and the Irish Championships, from QUBOC’s Sprint race in the Botanic Gardens area of Belfast on Thursday 21st Aptil to the Irish Relay Champs on Monday 3nd May, so make Ireland your orienteering destination this spring. See JK details here; Irish Champs details here; Shamrock O-Ringen detailshere.
The omens are good for the Irish Sprint Championships in Dublin on Friday April 29th but the details have to be finalised before it’s made official.

The scale of the Jan Kjellstrom weekend is several orders of magnitude greater than anything we have seen before and the organisers need all the help they can get. The number of jobs is endless, from ones involving no knowledge of orienteering up. Please, if you can help at all, get in touch with the JK organisers and volunteer, even for a day or for a specific job, or organise a group from your club to help. If you have non-orienteering friends or family, get them involved too.
Several clubs have been designated as the start team, with a rota so they can run too; Cork O are doing the download and results; the main bulk of the work is falling on the three Northern clubs, North West OC, Fermanagh Orienteers and, of course, Lagan Valley Orienteers, who have put in months of hard work to bring the project this far.
Seriously, time is running out and volunteers are genuinely needed. You’re not being asked to give blood, just sweat and tears! 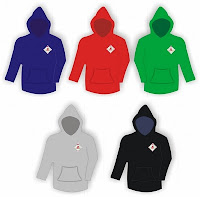 The Irish Junior Squad will be selling JK hoodies and sweatshirts to raise money for their squad training and tours. The tops are available in a range of colours (blue, red, green, grey and black) and sizes. They should be ordered in advance at the JK entries page and picked up at the event. Irish Juniors have been warned only to get the green ones! Hoodies and sweatshirts have to be ordered by 31st March. See the JK entries web site here.

A 4-star hotel is the venue for a unique night’s entertainment to round off the festival aspect of this year’s JK. The ballroom of the sumptuous Slieve Donard Hotel in Newcastle (where the Mountains of Mourne sweep down to the sea) has been taken over for the Trail O prizegiving and a major concert and night’s entertainment on the Sunday night, before the Relays on the final day of the festival.
Tickets for this extravaganza (including Routegadget presentations of winners’ routes, inspired by the Shamrock Sessions) should be booked on the JK entries web site here. Adults £7, under-12’s £3. 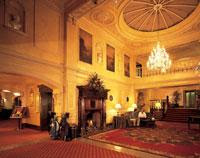 The Slieve Donard was opened in 1898 as a luxury hotel at the terminus of the Belfast and Co. Down Railway, attracting visitors to the spectacular scenery of Newcastle.
Please remove muddy O-shoes before entering the hotel!

Some March 2011 Dates for your diary: full details on the IOA/NIOA Fixtures Lists.