Spring is in the air …
The lengthening evenings, the leaves appearing on the trees, the JK on the horizon: yes, spring is here. The usual springtime events are on the way, leading to the Irish Championships in Kerry.
Prepare for IOC by running on the dunes at Bull Island (Dublin) or Banna (Kerry) on March 25th; Don’t miss Mullaghmeen, Co. Westmeath on April 29th – run in the bluebells in Ireland’s largest planted beech forest. If you’re at school, are you running in the Irish Schools Championships at Woodstock, Co. Kilkenny on March 21st and 22nd? On 1st April, CNOC unveil a new map in Co. Laois at Carrigmeal, close to the Rock of Dunamase: how can you resist a new map? You could head for the Mournes on 14th (Tollymore) and 28th April (Slievenagore), or start the Irish Mountain Running Association’s evening races with Killiney on 18th April. Let’s get out there! 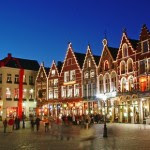 CHRISTMAS 2011 ORIENTEERING IN BELGIUM
Jean O’Neill,  Fingal Orienteers
I decided to go to the Sylvester 5-day in December – the only other Christmas multi-day event was in Australia—too far away!  It was a great choice.  The competition was over five days, with the best four to count (scores were on a points system).  It started on 26th December so I travelled on 26th and entered for the remaining four days.  All the events were in the East of Belgium, Flanders.  Four Belgian clubs and one from the Netherlands (who have joined the Flanders Association) organised one day each.  Total number of competitors was around 300.  There were 50 non Belgians, including me and the GEN  MacCavana family.  I paid my entry fee when I arrived, €5 per day plus €2 per day for hire of an EMIT card.
The assembly area each day (EC) was in a sports or community hall:  all administration, registration, download etc was inside.  Tables and chairs were laid out throughout the hall and the orienteers sat themselves down with their family and friends.  You arrived and parked your car outside and went inside and stayed there except for your run. It was nice and WARM and sociable.   Everyone changed their clothes at the tables.  Drinks and food were for sale and toilet facilities were off the entrance hallways.  The distance to the start varied from 80 metres to 2km, distance from finish to the EC varied from 50m to 1km. The weather was dry through the week but it was overcast and chilly. It was a pleasure to come back to a warm hall each day, I was wondering before I went would I be wet and miserable after my runs!
The forests for the most part were very runnable  and flattish.  Day 2 had steep areas and some sandy contour detail, 1 to 10,000.  Day 3’s map was at 1 to 7,500 as there was so much small contour detail-this was the most technical map of the week.  I unfortunately couldn’t find the first control as it was described as a re-entrant, whereas it was actually on a spur-I saw it but told myself it couldn’t be mine.  I went on to have an excellent run the next day, and won my class easily – most of the others in my class discarded their results this day.  This event was over the border in the Netherlands and was very flat. We started in a forested area,  1.5km from the EC which was a pub/restaurant, very crowded,  bodies and bags everywhere! Courses then crossed large open areas—a mixture of sandy areas and short and long grassy areas– to scattered patches of forest with contour detail and lots of black X’s-tiny root stocks.  On the final day there was a large area with a grid-type track network, unfortunately not N/S or E/W and lots of drains/ditches. The forest was a mixture of white and various shades of green,  with indistinct vegetation changes (which caused me a big problem on one of my last controls).  Most of the controls were on small root stocks or drains-not visible until right on them.
There was a prizegiving for the first three in each class, and I and  Aoife MacCavana took 3rd prizes.
This was a great event, very well organised, and to be recommended.  I have previously been to Belgium for summer 3 day events,  they were always very enjoyable.  My driver to the events each day (Luc Cloostermans) is organising and planning a 3 competition event in Bruges (the Venice of the North) in northern Belgium at the beginning of June, it will be a mixture of forest and sprint and city events.  Details on http://bruges.hamok.be/.

“Get involved in Orienteering”

Sky Sports recently had a feature on orienteering:  based on some BOF events, it shows what an exciting sport it is. See the clip here. British Orienteering also have some neat videos on their web sitehere. Of course, don’t forget Finn van Gelderen’s short O-film on the IOA web site just over to your right … or how about this superb one from Poland which Finn has just highlighted: see here. The title, Wyzwanie, means “Challenge”. 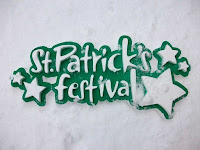 If you’re looking for something different on St Patrick’s Weekend and you’re not going to the British Trail-O Championships at Newborough on Anglesea, why not enter a team in the City of Science Treasure Hunt in Dublin?
It’s for teams of four and starts at City Hall between 10 and 1 on Monday 19th March. See detailshere.