The IOA has adopted the new standards for IOF mapping and control descriptions from the 1st of January 2018. Use the links below for further details.

The definitive discussion group for Orienteering mapping is O-Map at yahoogroups.com Please make sure to search the previous messages before asking a question. To subscribe, send an email to O-Map-subscribe at yahoogroups.com

Nearly all maps are drawn with OCAD http://www.ocad.com There are some utility programs that compliment OCAD available on the British Orienteering Map Groupwebsite. OCAD have recently produced a series of excellent video tutorials.

The international standard for Orienteering maps are available on the IOF Map Commission's website. There are four categories: foot, sprint/trail, MTBO and SkiO. Note that there is a new standard, ISSOM2007, for Sprint Orienteering maps.

There is an International Orienteering Federation Instructor's kit for giving an O-mapping course.

The definitive book on Orienteering mapmaking is called Map-making for Orienteers by Robin Harvey, Published by the British Orienteering Federation, Paperback 107 pages (first edition December 1975), ISBN: 0950228125 It seems to be out of print but may be available by searching the web.

Tony Federer of Up North Orienteers has a written a good online guide called Making Maps for Orienteering (link seems to be (temporarily?) dead).

The Australian Orienteering Federation has a mapping resource section, as do the British . There is a beginner's guide to Orienteering map making available from theGeorgia (USA) Orienteering club.

The Australian Orienteering Federation has a guide to mapping parkland and schools.

Compute the magnetic declination for a given lattitude/longitude.

LIDAR (Laser Imaging Detection and Ranging) is a new technology that could revolutionise Orienteering mapping; at the very least it will have a significant impact on how we draw contours. Unfortunately no LIDAR datasets are available to the public in Ireland yet, but it is worth keeping eye on the technology via Greg Lennon’s LIDAR Links for Orienteering Mapping webpage.

According to OSI (Ordnance Survey of Ireland) leaflet CP1 which is available under the copyright section of http://www.osi.ie/en/alist/copyright.aspx, “Anyone wishing to reproduce OSI material, or use it as a basis for their own publication, must obtain prior permission from the OSI”. If your project falls into this category then please obtain a permit from the OSI using the CP1 process.

A 2-day mapping course was held in County Westmeath in November 2005. There were 26 students from 11 clubs, representing all three IOA regions and the NIOA.

Two OCAD courses were held in 2009, one in Munster and one in Leinster. A report from the Leinster course is on The Irish Orienteer blogsite. No report is available from the Munster course.[/tab][tab title="Map Printing"]

print5's Leamington Spa branch in the UK have provided a good colour laser map printing service for various Irish Orienteering events, including the 2003, 2004 and 2006 (Bull Island) Leinster Championships and the 2006 Irish Championships (Carlingford). Most of Print5's Orienteering map printing is done on waterproof Pretex paper. Contact alan at print5.co.uk (Alan Halliday) in Print5 for a quotation.

Which printer should you buy? I know that KerryO have an HP Deskjet 9300 and WEGO use an Epson Stylus 3000 Printer. Contact these clubs to get their opinion of them. Google searches indicate that the Epson 1290 is work a look. Some Epson printers use Epson's “DURABrite™ pigment inks” which, according to a thread on the O-Map YahooGroup, is waterproof (the ink, not the paper).

The IOF map commission's PrintTech Project has some detailed technical information about a variety of printers.

The Leinster Website has a guide to preparing maps for Leinster League events. 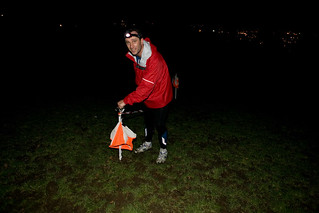