World Schools Orienteering Championships
Medals went to Sweden, Latvia, Poland, England, Scotland, Estonia, and Austria in Wednesday’s long distance event at the ISF World Schools Orienteering Championships in Scotland.
But while Aine McCann, running with the Irish Schools Team, chalked up her second major win of the week over the rough going at Devilla Forest, she failed to take a medal. Ireland didn’t enter a team in the school section so while Aine was allowed to run in the select section she was not allowed to medal, so England’s second place Charlotte Watson took the title.
Last Saturday, Aine, already the British Schools Champion, won the British Long Distance title at Forres. Now she has proved herself a talent to be watched in the future with her World Schools win at Kincardine. With a time of 30m50s she beat Charlotte Watson into second by 2m 2s while Ilsze Buza of Latvia finished third in 33m 20s. “I didn’t expect to win,” said the Lagan Valley club girl who is coached by her father Greg, “I didn’t worry about it too much. Just went out and ran.”

Brighton’s Jonny Crickmore, 2nd overall at M16 at the JK, but 8th at the British after a problem at the 15th control, gave England junior World Schools gold. The South Downs runner won the junior select title with a time of 30m59s for the 4.8km course, beating Austria’s Tobias Habenicht into second by over a minute.

Finlay Langan became Scotland’s first ever medal winner at the championships when he took junior bronze in the Schools section. The Mar club runner finished two and a half minutes down on the lead with his time of 32m26s. And now, with skateboard enthusiast Joab Matthews 4th and rugby player Sam Burgess 14th, Scotland is in the running for the team title when the short distance results are added after Friday’s race.

“Finlay’s an orienteer but the others are only occasional competitors,” said the school squad parent official Fiona Wickes. “But they have all been training really hard with the Mar club coaches.”

Latvia and Poland currently head the opposition in the team event.

Latvia with a total time of 2h 40m 15s for their best three counters in Tuesday’s long and Thursday’s middle distance events won team gold. Scotland won silver with 2h 44m 32s. And Poland who had gone into the second day of competition just 8 seconds behind the Scots finished third with 2h 46m06s. It was a first ever team medal for the Scots at the ISF Orienteering Championships. Langlan, who clocked 14m29s, claimed individual bronze, seven seconds behind Latvia’s Ivars Klavins (14:09) and Portugal’s Luis Silva (14:22).

Ireland’s Clíona Galwey finished 7th in the D2 class, improving further on her 10th in the Long Distance race on Wednesday. A non-competitive Aine McCann finished 2nd in the 2.1 km D2 Select class with a time of 12.55. 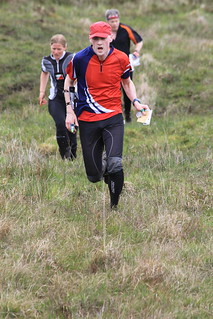