Firstly a report from Stephanie Pruzina who attended the training at Hawkshead with members of the junior squad earlier this year:

After an intrepid journey negotiating Black Friday traffic in Belfast, consulting my watch every 2 minutes on the stationary Airport Non- Express and finally paying £6 (well spent) for speedy security check, Sophie and I boarded the plane to Manchester with 2 minutes to spare. We met there with Pat ‘the Pied Piper’ McCavana and 7 M/ W16s from Dublin and divided up the kids between us. I got the boys and was treated to an eclectic musical soirée as we cruised up the M6 to the LakeDistrict and Hawkshead Youth Hostel.

The forecast was appalling and after a fantastic filling fry up breakfast the next morning we set out in the rain for Colonel’s Drive. This area was used for the JK relay and provided some lovely runnable terrain with good contour detail. The weekend is planned to make things really easy for the coaches. The organisers plan 3 or 4 exercises in each venue, hang kites and provide maps for each athlete and coaching notes. Each exercise is designed like a figure 8 so that athletes can complete as many controls as they want or have time to do. This morning we had Talk O, line, contours and control pick exercises. The kids coped really well, with most completing part of each exercise. We were also able to make use of some of the older British squad athletes who shadowed and gave advice. As coach, a lot of this morning’s focus was on keeping track of where everyone was and making sure they all stayed warm enough, and by the end of the morning we scuttled back to the cars to eat packed lunches with the engine running and full blast heat.

Saturday afternoon saw us down the valley at Haverthwaite Heights where the most difficult navigation proved to be finding the start, made more taxing by having the car park off the map. However once we got there, we had 3 more good exercises, including long legs, and bearings. The terrain was a bit rougher and not so runnable, but again the exercises were well planned and help was available from the BOF squad. Amazingly we got home dry and warm from this one.
Back at the Hostel everyone waited anxiously for the highlight and most competitive part of the weekend – the night relay. As usual, despite warnings about the frequency of mispunches, 14 teams were disqualified! I’m delighted to report that all ours finished cleanly, Ruairi in a very quick time of 12:38, Emer in 17:09 and most of the rest in and around about 20 mins. Then it was showers , a fine 3 course meal and time for some people to get to know the girls from EMOA (I think).

Sunday didn’t really dawn; the murk just got lighter so we could watch the rain streaming down the hostel windows. But by the time we were fed and had cleared up so had the weather and we drove optimistically around to the far side of Lake Windermere to Great Tower scout camp. From my point of view this was an ideal venue as there was a shower block with covered wash area for the coaches to stand in. We had simplification and visualisation exercises, and a slope exercise in a complex area with many small crags and a lot of contour detail. Then, as a grand finale I set them off on a mass start race. I’ m not sure sure if exactly the prescribed route was followed, but they managed impressively to keep racing to the finish!
Overall The junior athletes did brilliantly to keep their concentration and enthusiasm up and I think learned a lot from the weekend. We had about every sort of O exercise you could think of and some which were new to me. So hopefully every one has come home with a bigger and better repertoire of techniques which I am sure we will see in their results next year.

I’d like to thank Pat for all his help and also all the athletes who were a credit to the Irish Junior Squad. 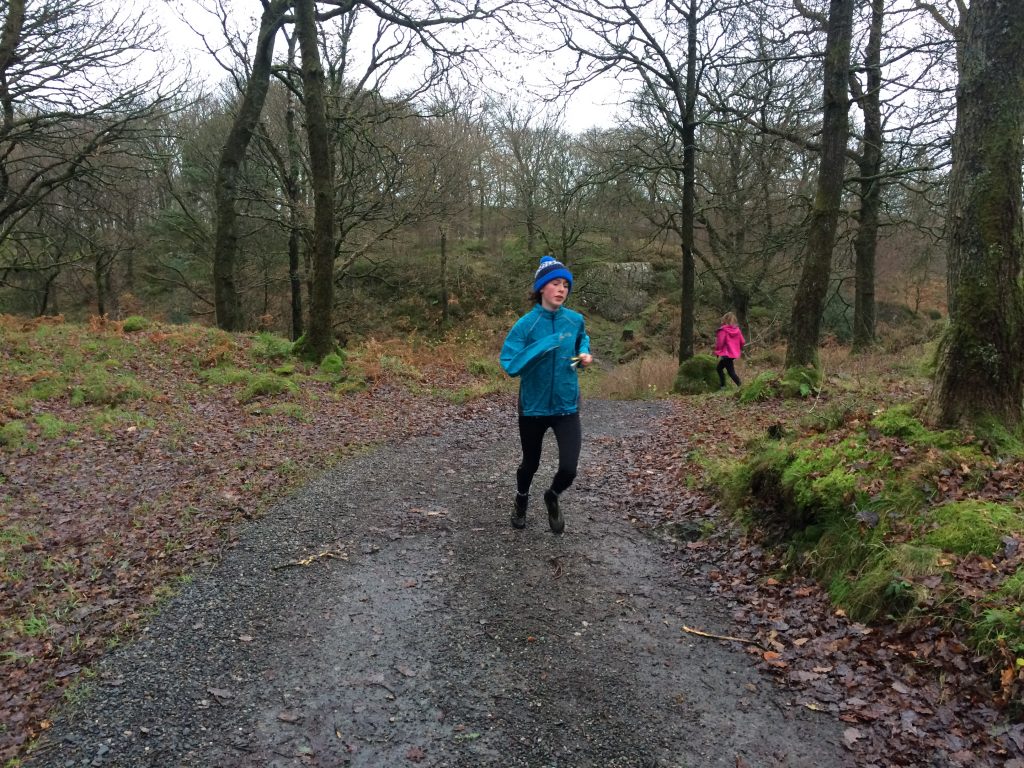 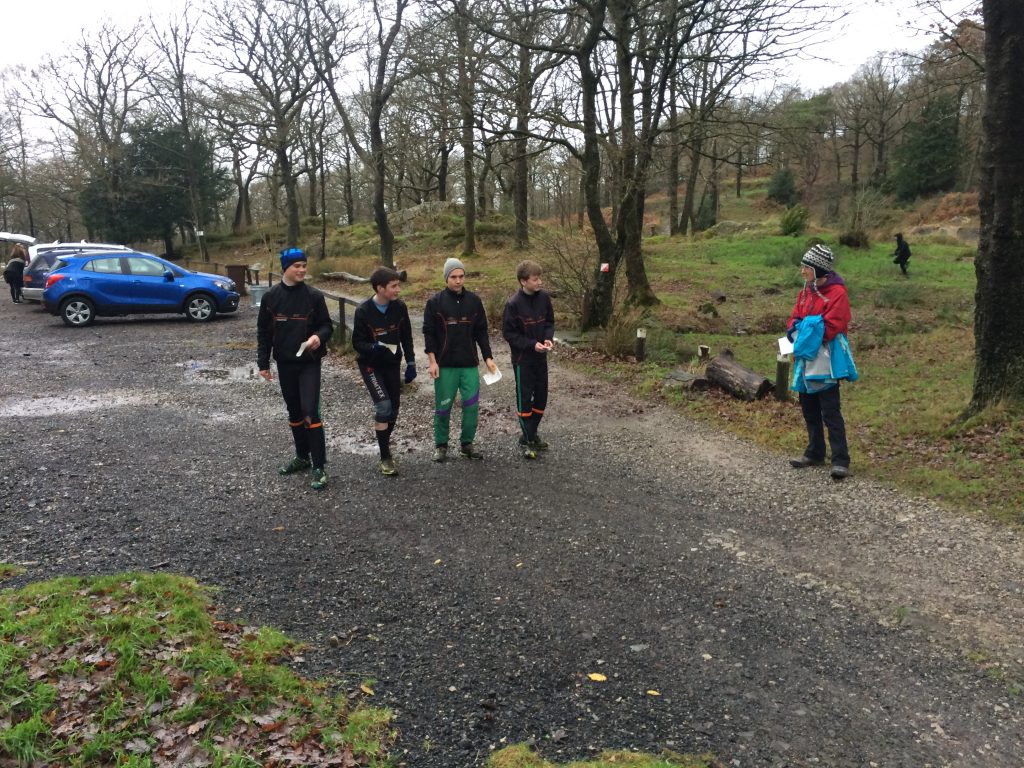 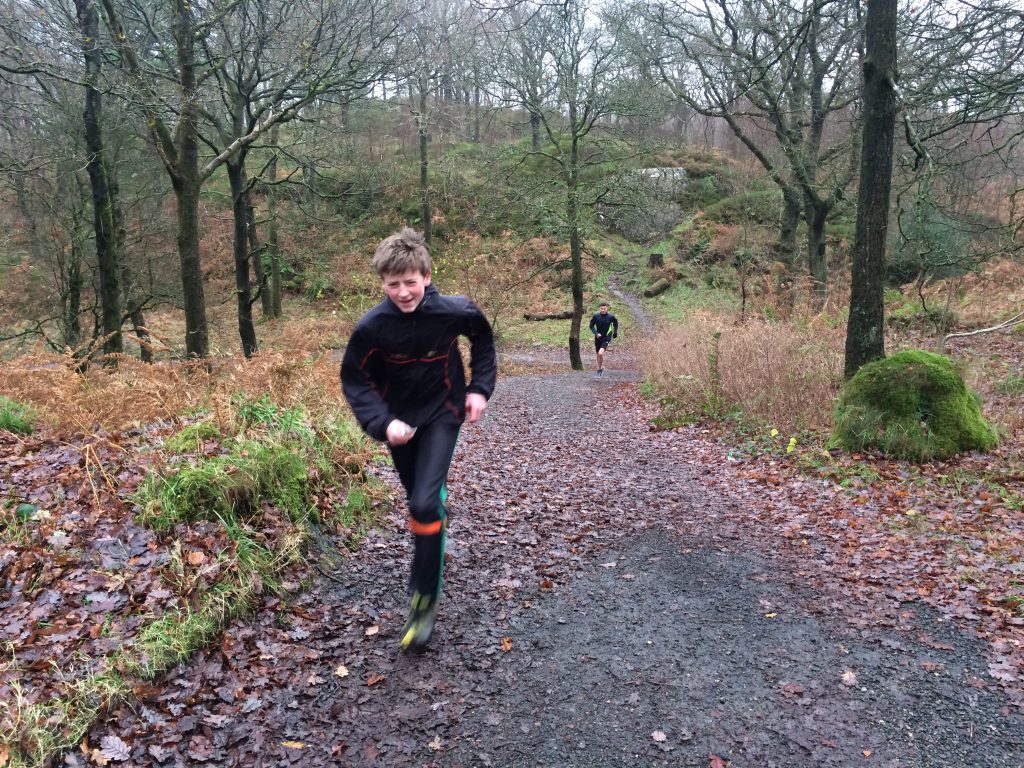 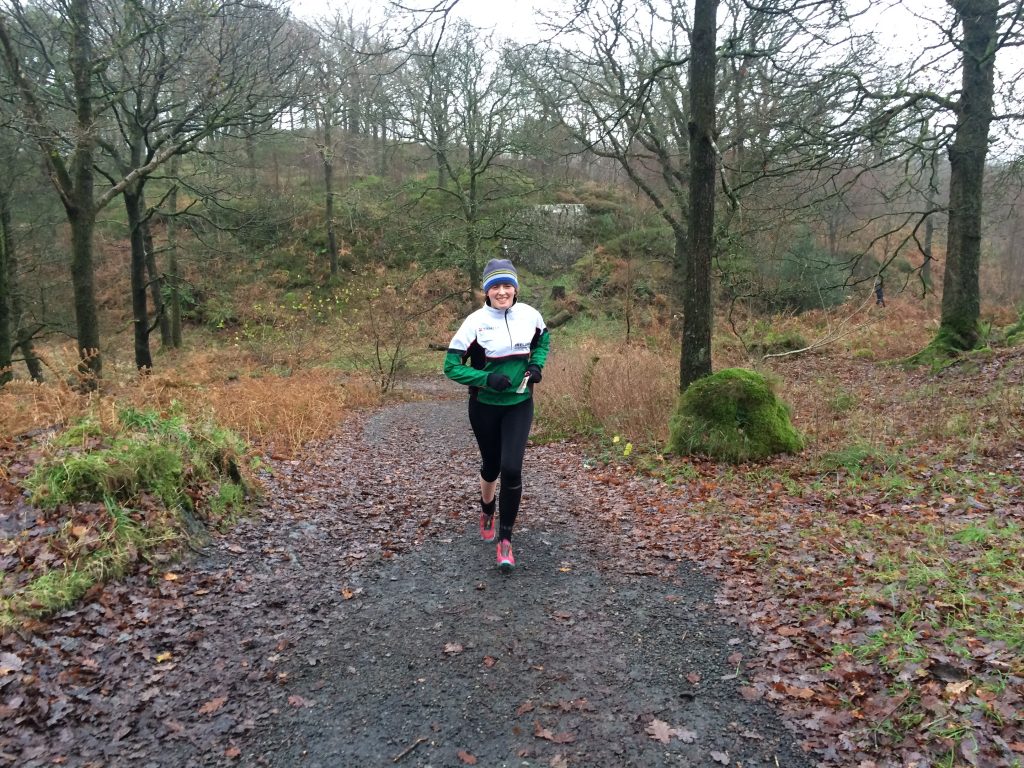 Last Saturday and Sunday the 5th and 6th of December the Junior Squad came together for some training under the expert tutelage of Ruth Lynam. Having never been to a junior training before it was a revelation to see such a well oiled machine in action. Apart from a middle distance event on Saturday generously planned by David Healy, a veteran senior who now lives in Stockholm the juniors also were tested with two “Norwegian” map exercises and a short course all devised my Ruth. Assisted by many parents including our chairman Paul O’Sullivan-Hourihan, the Junior officer Mike Long, John Riordan and Debbie Whelan the two days went off without a hitch.

On Sunday the Juniors either ran light green at the excellent Leinster League event planned by Eoin Browne of GEN or ran some long leg training devised again by Ruth. Thanks to Andrew Butterfield and Eoin Browne after some late night and early morning texts and emails blank maps were provided and printed by both Don Short and John Riordan. Special thanks goes to Debbie Whelan who effortlessly provided excellent food for the squad as they stayed in Knocree Hostel in Glencree on Saturday night. 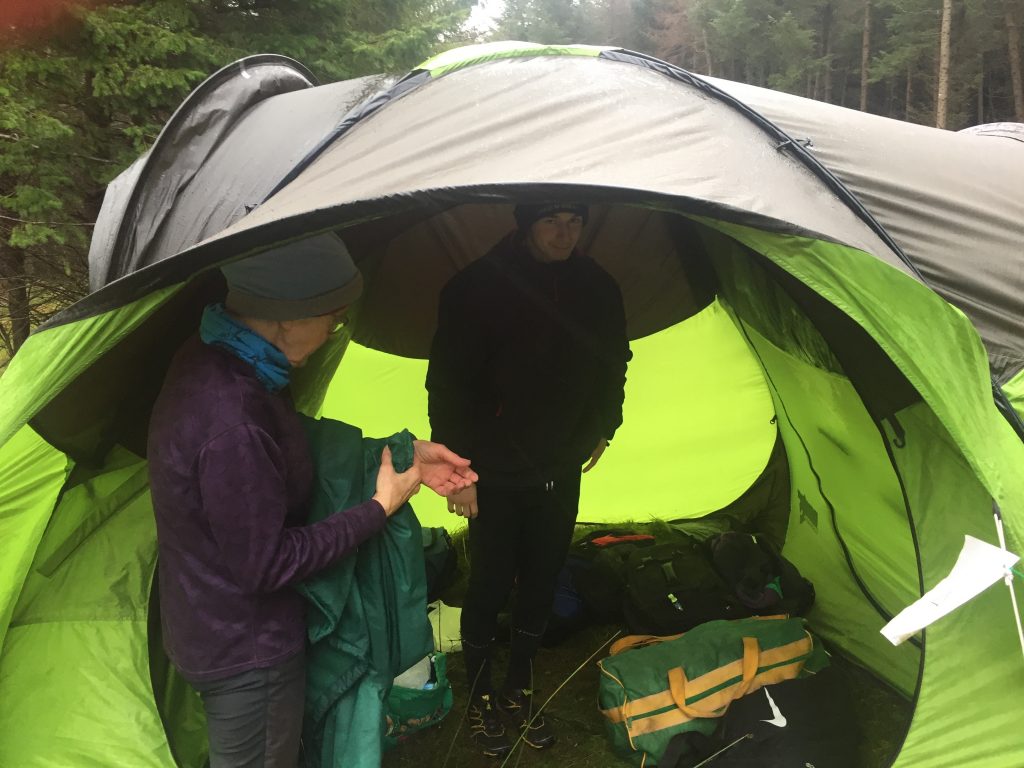 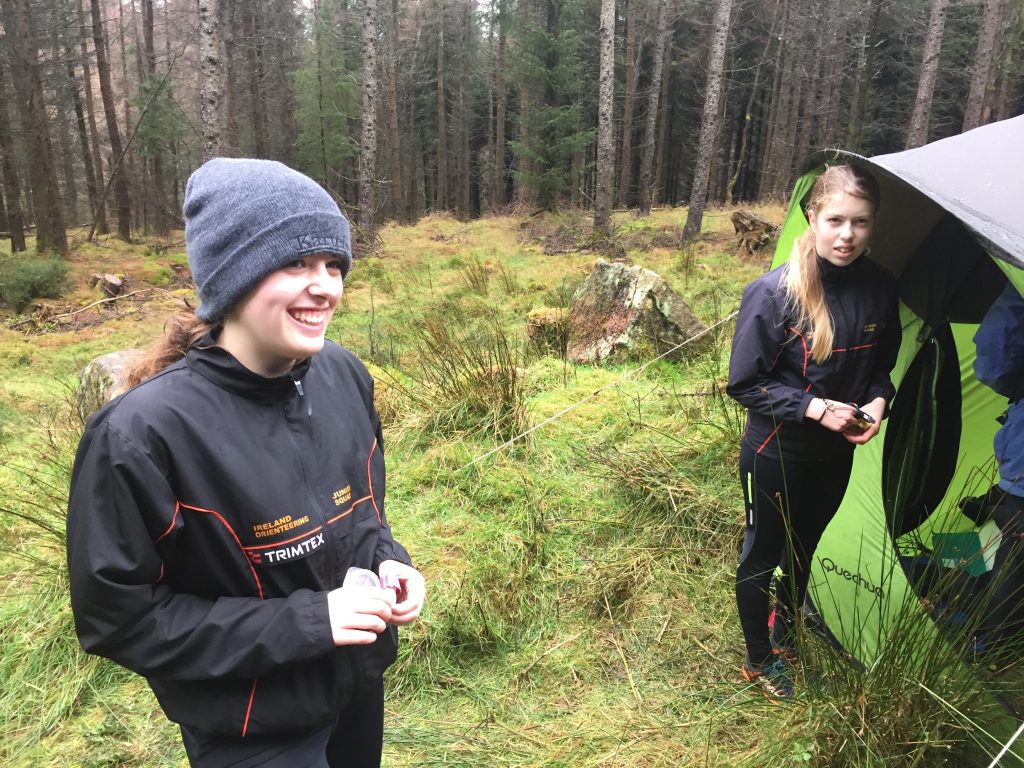 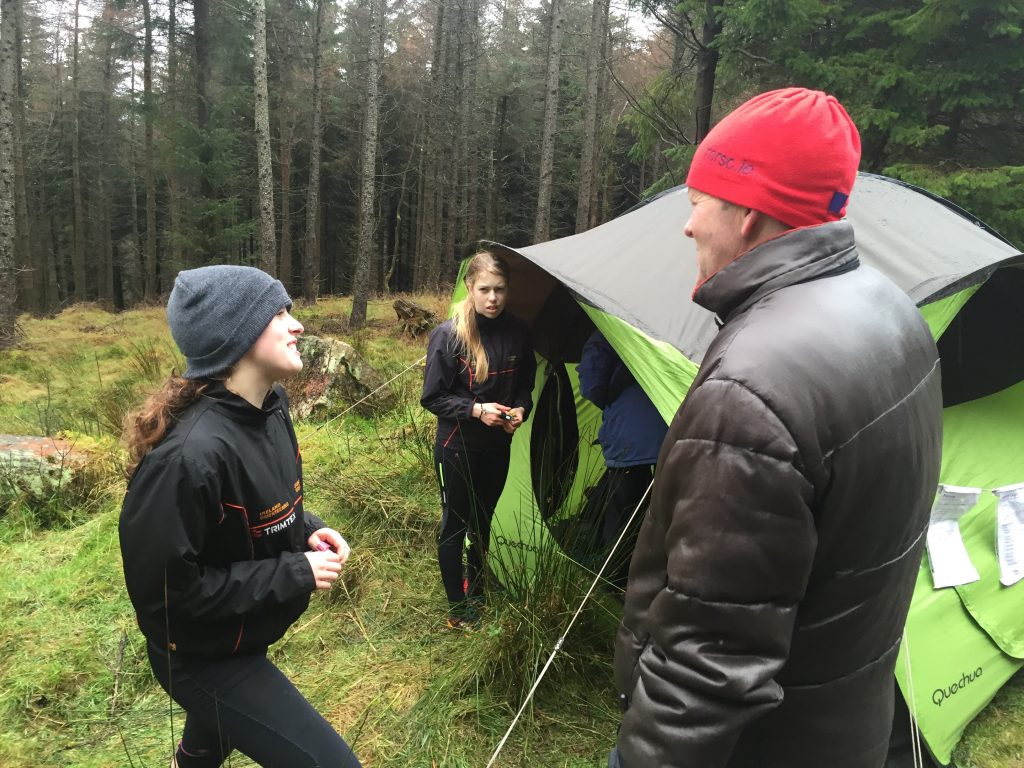 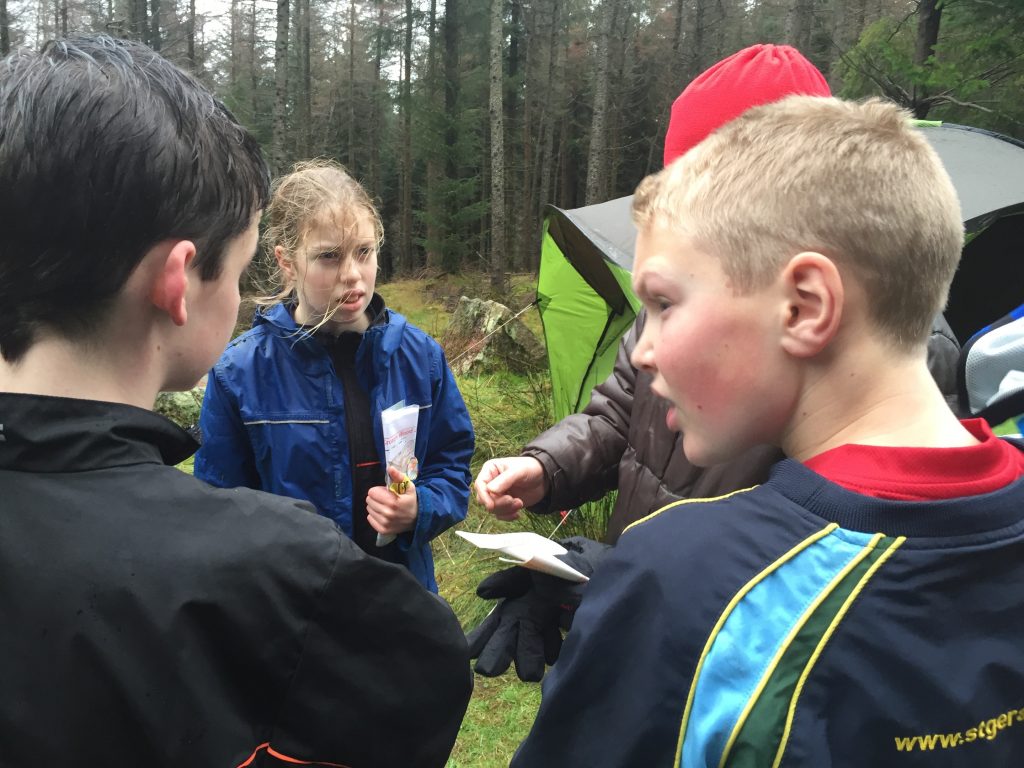 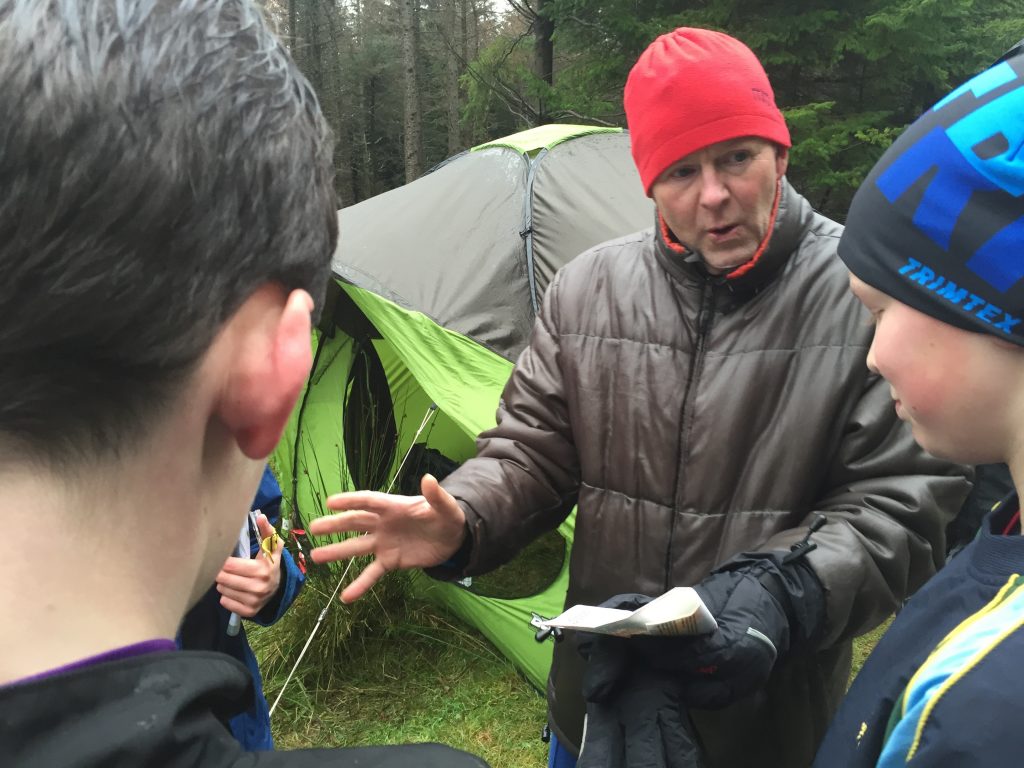 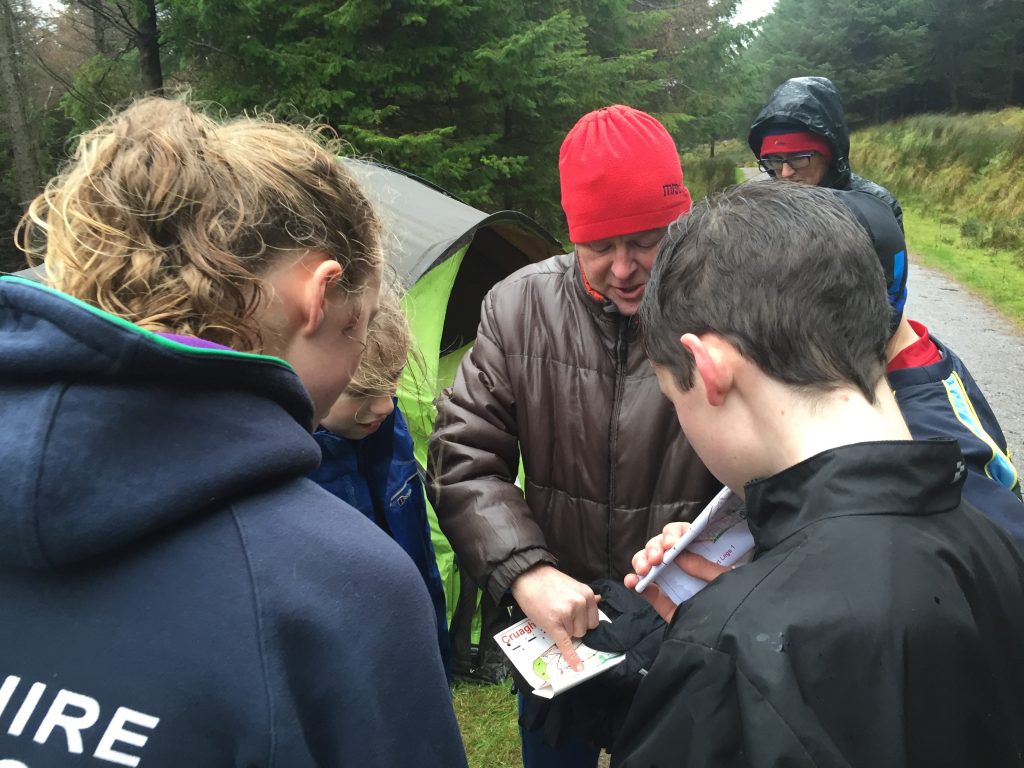 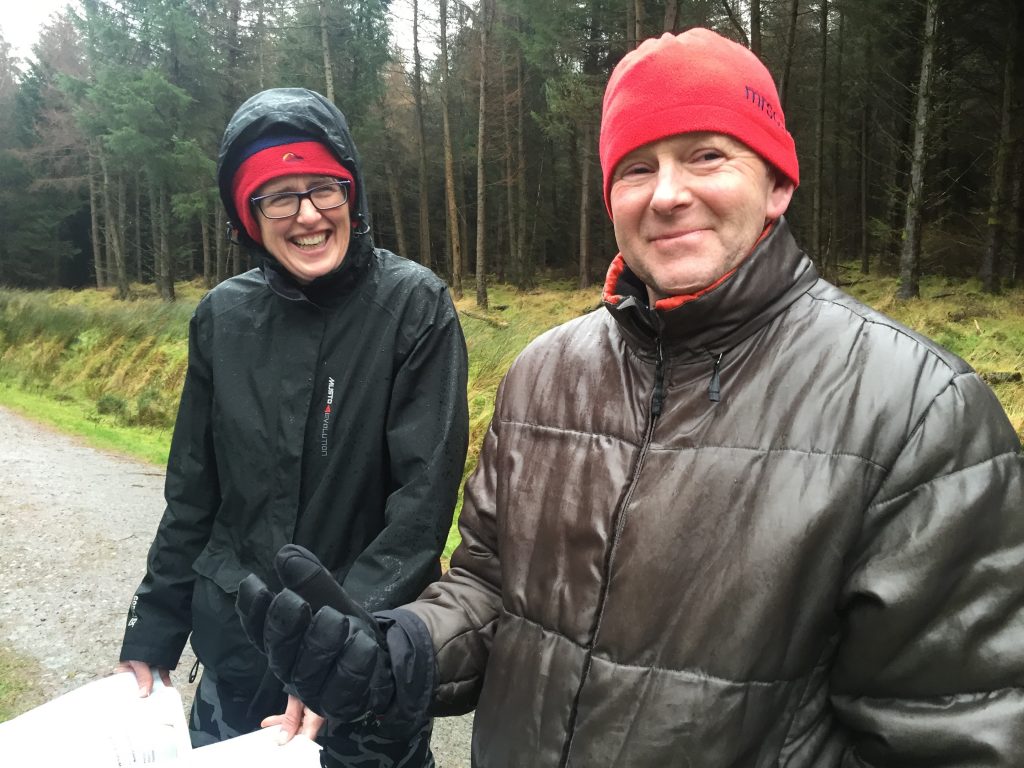 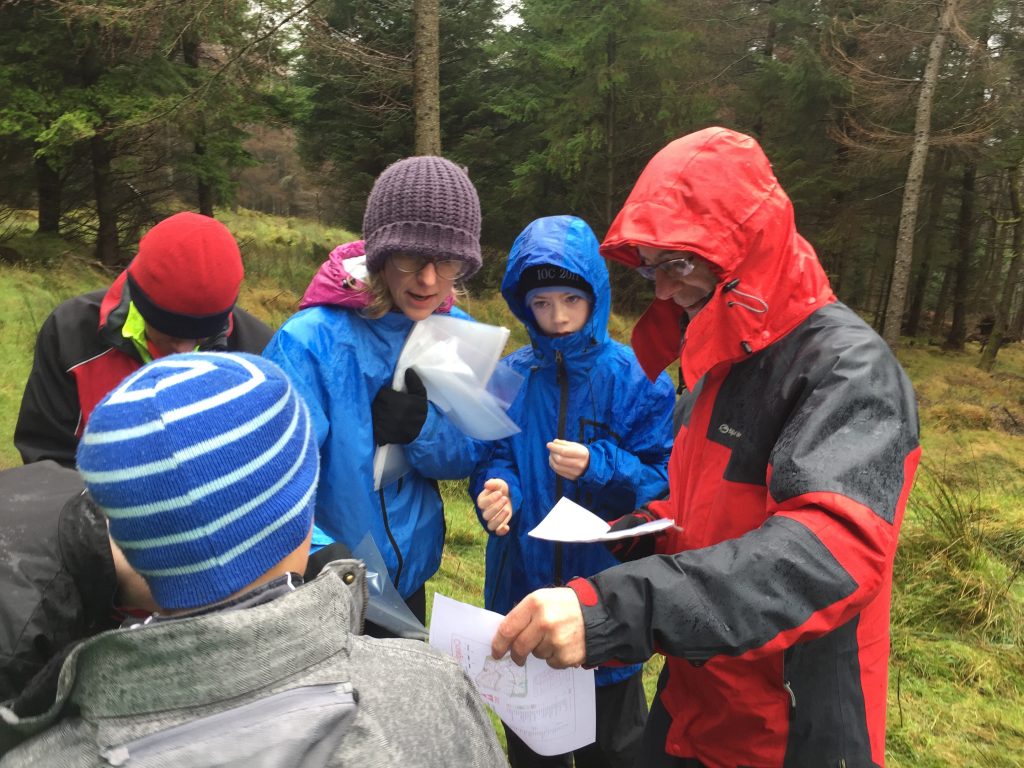 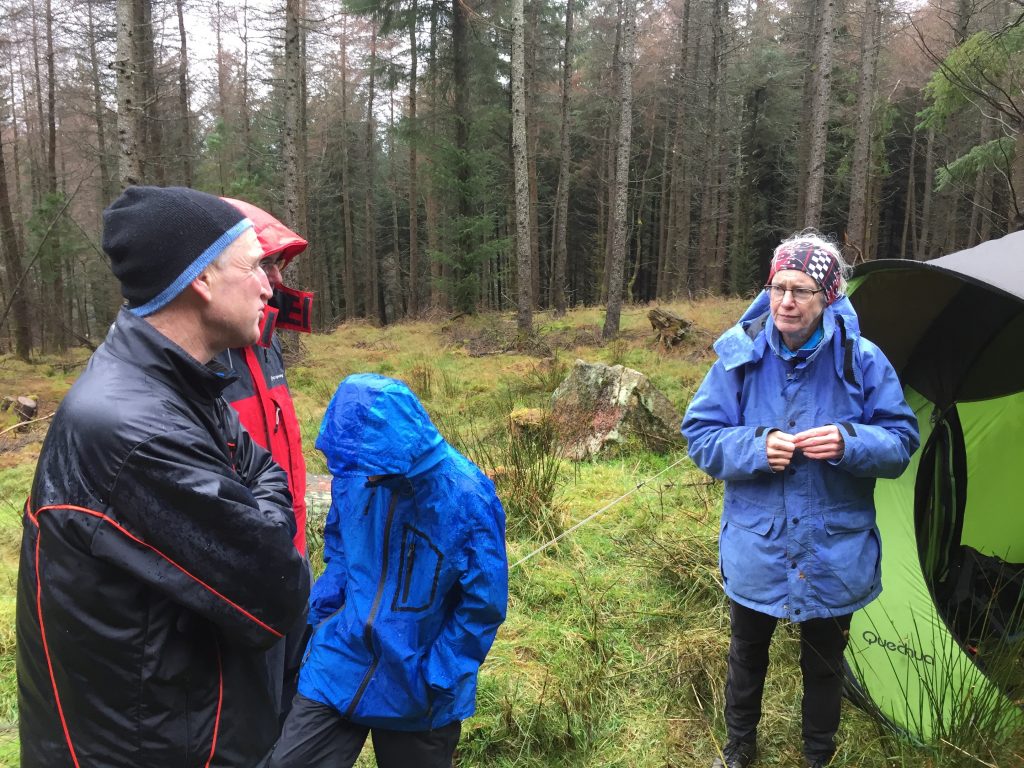 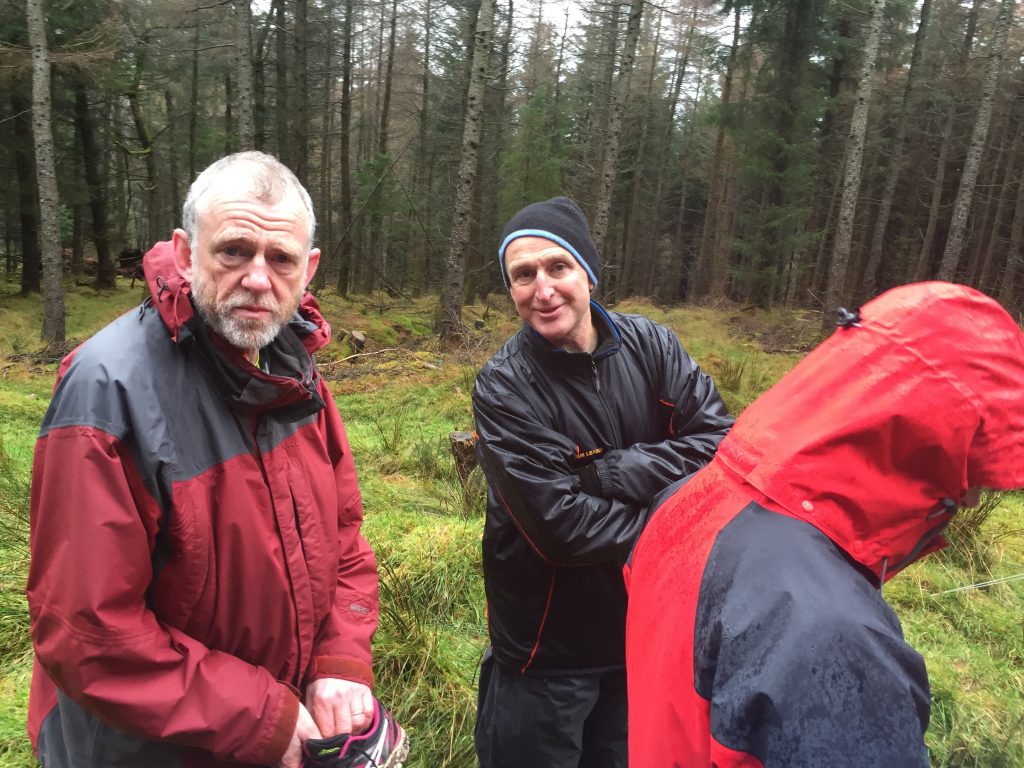 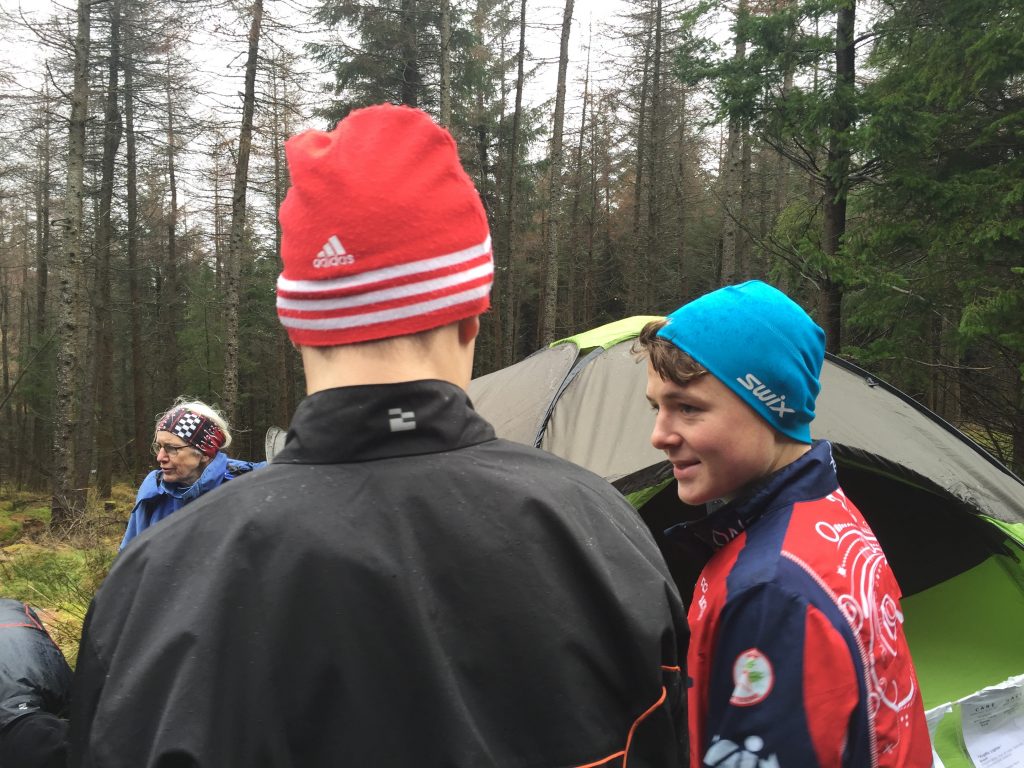 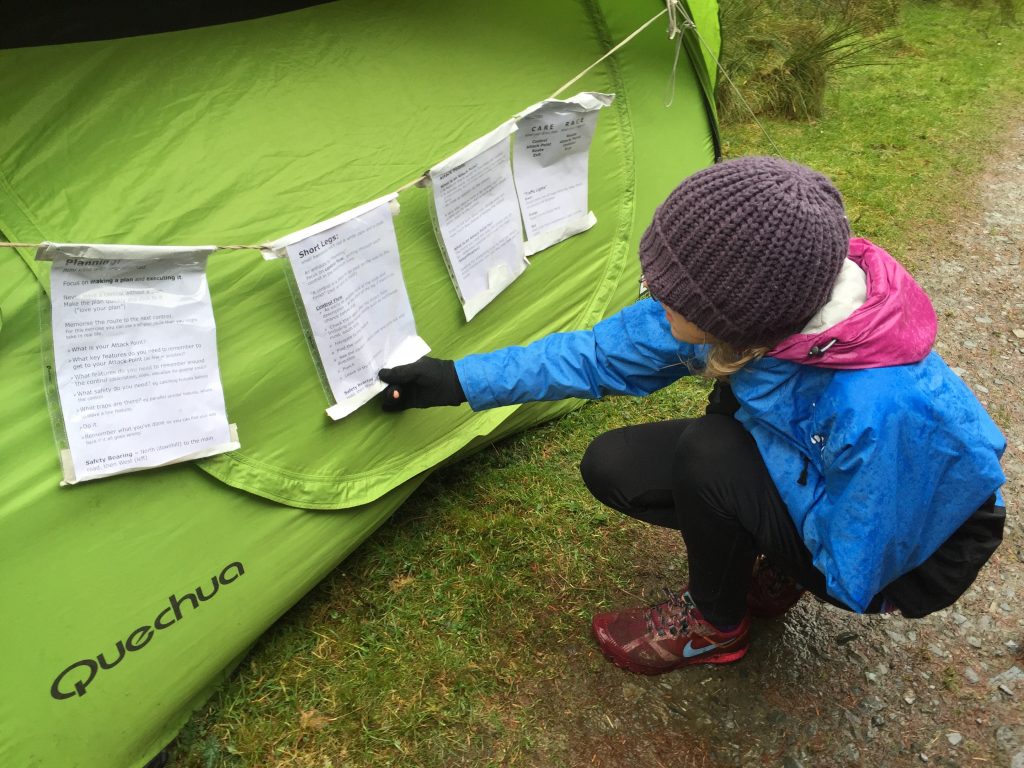 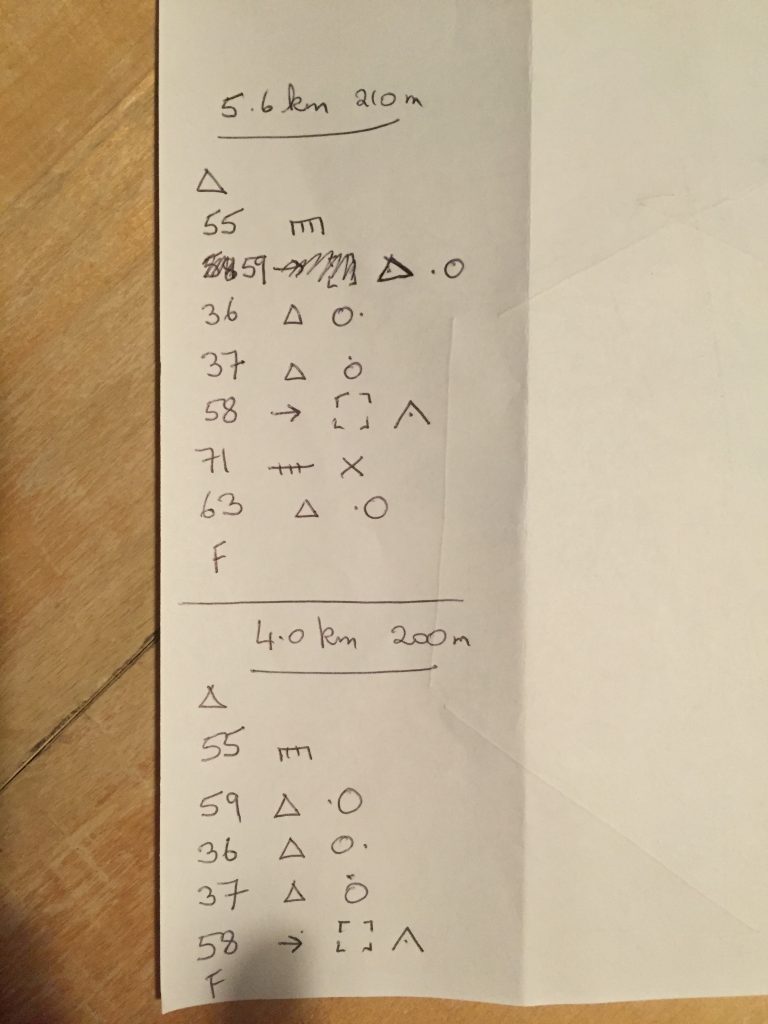 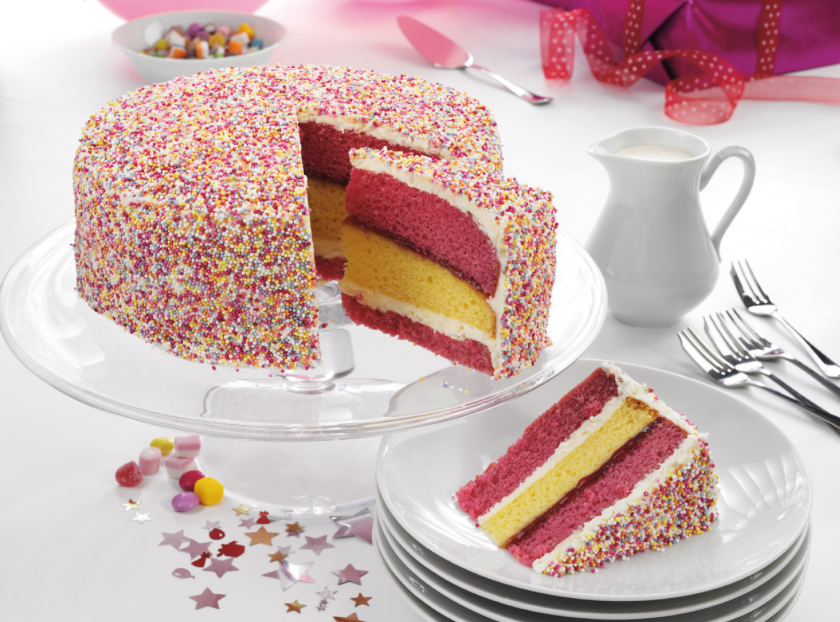 The Junior Squad will host a cake sale generously baked by Rosemary O’Sullivan-Hourihan at next Sundays Munster Champs. With over 180 competitors it not only hopes to be a great event, but there’s a cake for everyone who enters. All proceeds will go to the Junior Squad, the elites of the future.