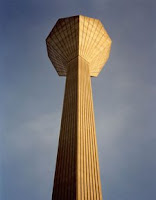 Colm Hill reveals some of the behind-the-scenes activity at a recent Sprint-O event run by the Leinster Junior Squad
Up before the sunrise…..

Controls and SI boxes in the bomber vests. First thing you notice is that it’s cold, very cold. Then you notice that annoying drizzle that wets everywhere and everything, it being January and all that. Then comes that moment when you realise you actually volunteered for this of your own free will. That’s what orienteering does to you.
The second Irish Junior Squad Sprint-O event was in UCD, Belfield. The course was planned by Colm Hill and controlled by Niamh O’Boyle, with her mother, Bernie, as acting controller on the day. Niamh was horrified at the first draft for the long course with the distance around the 6 km mark and 40 controls. Realising we didn’t have that many SI boxes and the fact that it’s a so-called sprint series, the course was modified to make it a more humane course ….slightly…. the long course ended up at 3.9 km with 28 controls, and the short 1.6 km with 13 controls.
On the day, Ruairí Short, Bernie, Fiach, Colm and Kevin (somehow I got all the far controls) could be seen running around with chains and padlocks, securing the SI units to any immovable object. As the Juniors were putting out controls, Conor Short had the SI system up and running with Don marshalling everyone including Colm before he had a stress breakdown (planning is more difficult that it sounds). The event was ready to get cracking by 10:00 am. As the runners went out, the conditions got worse. The sheets of rain could be seen sweeping across the car park, including that special wind that never makes up its mind on what direction it wants to blow in.
One of the first runners through the car park was Darren Burke. He looked tired. A big grin could be seen on Colm’s face- the course was making the good orienteers suffer. More orienteers could be seen running in circles over by the engineering building as controls were scattered everywhere. As confused orienteers ran left and right, the results looked as if Darren’s time of 26:52 would win it, but to the dismay of Darren, Ger Butler could be seen flying across the car park. He caught the last 2 controls and finished in a fast time of 23:11.
On the short course, Jonathan Quinn had it all his own way coming home in 15:29 with Laura Kelly almost a further 3 minutes back.

The main discussion point of the course was leg 19 with the uncrossable fence. When putting out controls a gate was discovered. This we quickly blocked as best we could. Some orienteers fell into the trap only for someone to knock down the gate- it’s obvious who fell into the trap on splits browser. Dave Masterson put it best after the event, ” Sure I’ve been in UCD half my life, I intended to go that way and if it was locked I would have climb the fence, its only 7ft with no barbed wire”. (He was quietly informed of the sprint-O “no crossing uncrossable fences” rule). For those that didn’t check their control descriptions around the steps, you can thank UCDO for the control site from the night-O a few weeks back.As the day came to a close the control collecting duties were given out and everyone ran in different directions. As is normal, once you get given your controls, you run as fast as you can so not to get another five added to your list. With one slight problem: Colm forgot to hand out the keys!! (O, and what’s that? I’m gone to the furthest control, in the rain) This affected everyone with the exception of Marcus, who returned with the control and chain in one hand, a smile on his face and…a lock cutters in the other.
The final junior spring series event is at Killiney Hill, Co. Dublin, on Sunday March 2nd.
A wet, tired and cold junior – Colm Hill

Junior News
Last weekend’s Irish Junior Squad training weekend in West Cork attracted more than twenty aspiring team members to the squiggly contours, man-eating marshes and craggy open mountainside which characterize the area. Cork O’s Darren Burke and Ailbhe Creedon and IOA Juniors Officer Ruth Lynam concocted a menu rich in variety, with two sessions on Saturday at the adjacent Carrigalougha and Derragh maps. Both these areas are open mountainside and have been used for the Shamrock O-Ringen.The juniors, aging from M/W14 to M/W18, showed no fear, coping with the contours and the cold with aplomb.
The sessions included a line event (a line on the map with unmarked controls: follow the line to find the controls), control pair exercises and a range of circular courses which could be tailored to the needs and ability of each individual. The afternoon finished with a tricky course running back to the cars, followed by a game of marsh football (a west Cork specialty pioneered by Bernard Creedon and CorkO some years ago). For the record, the match was a draw but nobody is too sure of the score.
Saturday night had talks on course planning by Brian Corbett and Darren Burke and Ruth Lynam outlined the plans for the Junior Squad in 2008.
A Munster League event at nearby Tir na Spidoige on Sunday finished off the weekend (and nearly finished off some of the juniors too, if the snores in the car on the way home were anything to go by!). Darren’s courses were challenging and made the trip well worthwhile.

You can see the courses and routes on Routegadget here.

Junior Plans 2008
The next Junior Squad weekend is in Leinster on March 8/9. The sessions wil include time trials in the Furry Glen at the Phoenix Park and relay training in a forest near Castledermot in Co. Kildare. On Sunday the juniors will take in Fingal’s event at Castletown House, Celbridge.

Junior tours this year include the JK in the south of England at Easter, the Danish Spring Cup in March, the Swedish 5-Day in July and the French 6 Jours d’Aveyron in August. Representative events include the Junior World Championships near Gothenburg in Sweden at the end of June, the European Junior Championships in Belgium at the end of August, the Junior Home International near Liverpool in late September and the European Youth O-Champs in Switzerland in October.
For more details visit the Irish Junior Squad web site.