While many of you will know Julie Cleary as an Irish international orienteer, many of you may not know that just days after the 2006 Irish Championships at Carlingford, Julie suffered a brain haemorrhage and stroke.
Julie has been orienteering since she was a junior with Tipperary Orienteers, the club founded by her father, Frank Martindale. She was an Irish Junior Champion and went on to represent Ireland at World Championships and World Cups on several occasions, as well as being Secretary of IOA, and an IOF event advisor.
She is now looking for sponsorship for “Different Strokes”, a charity which helps young stroke survivors in Britain and Ireland: she wants orienteers to sponsor her for each km she runs in orienteering races during May- June, up to a maximum of 50 km.
Julie logged some more runs at the Irish Champs at Bere Island, and you can get more details of her plans and how to sponsor her on-line here. 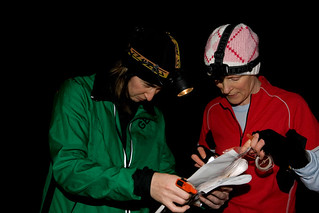