“Are you going to the JK?”.
“Sorry? The what?”
It is spring 1976. Martin Mulligan, one of the founder members of UCDO, asked me this in the college library. I had only really started orienteering the previous year and I had never heard of Jan Kjellstrom or the JK, the big British event named in his honour. Of course I’d have loved to go to the Lake District but, sadly, you had to enter the event in advance and I had missed the deadline, so I’d have to wait another year. In the meantime, though, I had the opportunity to run in my first Irish Championships at Stranahely in the Glen of Imaal that May – orienteering in the summer meant that I had to buy a T-shirt (bright blue, with a big Guinness logo on the front: T-shirts weren’t a thing in Ireland in those days!), followed by my first Welsh 3-Day O-Ringen a week or two later, my first time orienteering outside Ireland.

In 1977 I managed to cadge a lift to the JK at Godalming in Surrey from two staff members from UCD, travelling by ferry, crammed with my rucksack into the back of a Mini for the long drive. But what an event! Thousands of people, sunshine, runnable beech forests, orienteering gear on sale – wow! I ran M21B (the equivalent of M21S nowadays) and the weekend included a “training event” on Friday where you make up your own course from the controls on the map, the individual at Leith Hill on Saturday, a Relay on Sunday and a “warm-down” event on the Monday. The maps were
printed on the new wonder-material, “Tyvek”, a synthetic paper which unfortunately tends to get disculoured and difficult to read when you get blood and mud on it! Wally Young and Eileen Loughman were both 5th in the top Men’s and Women’s classes – a fantastic result.

The Jan Kjellstrom or “JK” is a major event on the UK orienteering calendar, running since 1967 to remember a young Swedish orienteer who helped the sport to get established in Britain, but who tragically died in a car crash. Jan was the son of Silva compass founder Alvar Kjellstrom. I thought this was a great way of spending Easter so I organised travel and accommodation for a
busload of Irish orienteers for JK78 in Sheffield: the numbers were boosted by a group from Queen’s University in Belfast when there was a ferry strike and they had to come via Dublin. In order to help the students claim their costs back, everyone gave them their bus tickets and receipts for an expenses claim from QUBOC. We followed the overnight ferry to Liverpool by a coach trip, watching the country wake up and the locals coming out to cut their grass and wash their cars.

Again, JK78 provided a training event, an individual with a steep, muddy field for assembly at Wharncliffe, and a relay at Strines. This was my first time (but not my last!) to see the difficulties that weather can cause the organisers, particularly for a relay, where all the runners have to be on site early and at the same time.

In 1979 the event moved to Exeter and I organised another ferry and coach trip via Liverpool. More sunshine and long courses – by now I had moved up to M21E, if I remember right. Unfortunately drinking and very rowdy behaviour on the part of one group in the party soured the experience and I
chose not to organise any more trips like this again. On the way back to the ferry, the coach broke down on the motorway and, luckily, we had a group of Army cadets on board and one of them lifted up the hatch in the floor and fixed the engine, and they held the ferry for us so we made it by the
skin of our teeth.

After a few years the JK’s all tended to merge into a blur, although it became the normal way to spend Easter. In those days, before Ryanair, it was always a ferry and car trip, to England, Scotland, Wales – all over the UK. Things which spring to mind for various reasons were sleeping in a huge draughty, cold animal shed at Shepton Mallet; running in fantastic open terrain in sunshine in Snowdonia; delayed starts because of the combination of snow, narrow roads, muddy fields and traffic.

It has always been a great weekend although it’s not always family-friendly if you have small kids, as there can be long walks in bad weather from parking and to starts, struggling with muddy buggies. The format has evolved over the years: 4-man relay, 3-man relay, two-day individual (from
1980), and now four days with sprint (from 2006), long, middle or long, and relay. The mini-relay for small kids is always fun to watch: I remember seeing a large group of kids running along a racecourse from the start and one lad stopping to look at his map. One of the parents/spectators shouts out “Don’t look at the map! Follow the others!” – not advice everyone would agree with!

At one JK relay someone sounded a hooter before the mass start of the JK Trophy (elite) relay and all the runners took off like the start of the Grand National and it was impossible to get them to come back – how could you predict something like that?

For many years paper or Tyvek control cards were used for punching. At one JK I punched the last control and ran 400m downhill to the finish before realising that my control card was no longer attached to my wrist: I looked back up the finish field and saw it fluttering in the wind, still attached to the pin-punch at the last control. There was nothing for it but to turn round and run back up and back down again. Lesson learned – always check!

Some years are less attractive than others, so the run of JK’s has been broken from time to time, with other interruptions due to other events like the World Irish Dancing Championships. In 1995 the World Masters Championships at Murcia in southern Spain was an attractive option: sunshine, seaside, very dry terrain (where I discovered that running in new O-shoes isn’t always a great idea if you want to avoid serious blisters), fresh lemons to slake your thirst at the finish and great orienteering. In other years, the extensive pine forested sand dunes of south west France beckoned: my favourite terrain. Interestingly, in one of these years the English-speaking competitors all arrived before Easter for the first event on Good Friday, but we couldn’t find any orienteering activity. Eventually we found the event centre and discovered that the English information said the
event started on Good Friday, but the French information said it started on Saturday, which it did! Better to be a day early than a day late, I suppose.

The sun doesn’t always shine at Easter, though: one trip to the Czech Republic saw the extended Irish Junior Squad under the leadership of Greg McCann running in knee-deep snow for a training camp and multi-day competition near the Polish border, although the first day – which was actually in Poland – was in beautiful, runnable, sunny, snow-free beech forests. It was interesting to see the contrasts between the traditions on both sides of the border where, in Poland, Easter was celebrated with families dressing up and visiting all the churches and having parties, while on the Czech side, Easter in the religious sense didn’t exist. On that topic, actually, one of my fond JK memories is of Máire Walsh’s uncle, Fr. Aidan, saying mass on Easter Sunday in the open air in various forest locations, for a small group from his school and other interested orienteers – a really spiritual experience.

Eventually, in 2011, the JK came to Northern Ireland and I was involved in a small way, as assistant controller for the Relays on the dunes of Tyrella in Co. Down. It was revealing to see how much thought and work goes into the event from the inside, from issues of mapping, land access, accommodation, prizes, equipment, course planning – you name it. Planner Philip Baxter and
Controller Andy Lewsley were very dedicated and produced a memorable relay event. It doesn’t always go according to plan, however: the weather can have a big influence, with organisers needing to be flexible and imaginative in dealing with issues like sudden snowfalls, putting start times back, cancelling or switching days around, having tractors to pull cars out of car parks, dealing with casualties and even fatalities at the event, or the effects of foot and mouth disease which forced the cancellation of the JK in 2001, or this year with Covid-19.

This year, actually, two alternatives to the JK presented themselves: Slovenia or Latvia. I had entered for an Easter event in Riga and booked flights, accommodation and car hire so as I type this I should be running in Riga, but we’ll be back to orienteering in the future. Incidentally, I should mention Easter orienteering in Ireland, as for some years the ever-enthusiastic Seán Cotter and Bishopstown OC in Cork have run a low-key 3-Day event at Easter in Munster.

You can read about JK’s and other historical aspects of Irish orienteering in the IOA archive of “Leinster O-Clubs Newsletters” and old issues of The Irish Orienteer” here. 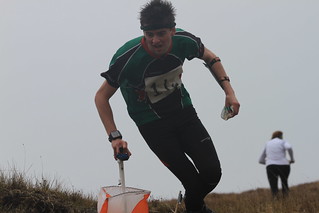