Last Tuesday’s Irish Times article on orienteering by Ian O’Riordan may unleash a flood (is that possible?) of new orienteers seeking health, fitness and enlightenment, into the forests of the country, but how many of our current orienteers have sought the enlightenment of night orienteering? Night-O makes even the tamest area interesting, especially at this time of year when the plumes of steam from your breath in the beam of your head torch make the map hard to see and the way forward even harder.

Still, night-O is enormously enjoyable: the careful navigator can make up over the careless one as navigational errors can be made far worse at night when every tree looks the same, every path could be the one you want and you can’t really see far enough to relocate on a more distant feature.

The 2008 Dublin By Night series has started with UCDO’s event in Belfield last Tuesday evening. All the buildings looked alike in the dark, and every time UCDO use the map there are more and more of them. High fences and hedges (with the control always on the other side) rewarded careful map reading, a fact I only realised afterwards.

The series continues with Hellfire Wood on January 22nd, Howth Summit on February 2, Slade Valley on February 5th and Phoenix Park on February 16th. Some of the city parks (St Anne’s, Bushy Park, Deerpark) are not being used this year. There are two courses each night, but night-O is not for novices or the faint-hearted!
If you live elewhere, look out for night-O events in your area. 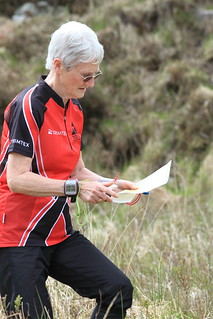