For the second year in a row the Irish Juniors outran the Welsh to take the Judith Wingham Trophy at the Junior Home International event, held in Gortalughany & Necarne in Fermanagh last weekend.  This is the trophy awarded to the better of Ireland and Wales over the 2 days of the 4-way competition between England, Scotland, Wales & Ireland.
England dominated both relay and individual competitions.  Points after the Individual races (run in conjunction with the Northern Irish Championships) were England 80, Scotland 51, Ireland 44, Wales 41.  Scotland pulled ahead in the Relays but the Irish juniors ran consistently, with some sparkling performances, to increase their lead over Wales.
Results of the Individual competition are here.  As well as plenty of solid results there were four Irish prizewinners – Jack Millar (M18) & Caoimhe O’Boyle (W14) both 2nd in their classes, and Aine McCann & Niamh Corbett 3rd in W18 and W16 respectively.
The juniors had the most demanding conditions, with mist swirling across the moors reducing visibility, but it didn’t bother them too much. The mists lifted for the NI Championships, held slightly later in the day. Gortagughany is an open mountain area where limestone meets bog, in the Cuilcagh Mountains on the Fermanagh/Cavan border: a stream in the southern part of the map actually forms the border between the Republic and Northern Ireland, a border which was not evident in the formation of the Irish team. Eoin McCullough was drafted in on Friday afternoon to replace Alex Simonin in M18, and several new faces in the M and W14 classes had very good runs. The girls beat both the Scottish and Welsh girls on Saturday, which was quite an achievement. See the Gortalughany map here.
The relays at Necarne, near Irvinestown, returned to an area first mapped for an earlier JHI. (See the map here). An equestrian centre surrounded by forest, Ciara Largey’s courses provided a sprint-O experience through the gardens and buildings before taking in some forest: a major contrast to the sink-holes and burnt heather of Saturday.
More details of the event and the team’s results are here.
Well done to all the team:
W18: Áine McCann, Andrea Stefko, Deirdre Ryan, Síomha Callanan
W16: Aoife McCavana, Clíona McCullough, Niamh Corbett, Róisín Long
W14: Caoimhe O’Boyle, Jill Stephens, Meabh Perkins, Siobhán Delaney
M18: Cillín Corbett, Eoin McCullough, Jack Millar, Laurence Quinn
M16: Donal Kearns, Harry Millar, Jonathan Quinn, Shane Hoare
M14: Cathal O’Cléirigh, Paul Pruzina, Peter Meehan, Sandis Rektins
Veteran Home International
October 8th/9th sees the Veteran Team travelling to Scotlandto try to emulate the Juniors and take some Welsh scalps, just as the irish Rugby team will be trying to do on the other side of the world. The events are stand-alone individual and relays justr for the Vets, ar Birsemore and at Coull, near Aboyne in Aberdeenshire. The rules have changed this year so the team consists of one M and W35, one M and W65 and two each of M/W 40, 45, 50, 55 and 60; twenty four souls in all.
The currently selected team is: Declan McGrellis, Dave Weston, Colm  O’Halloran, Aonghus O’Cleirigh, Brian Corbett, Andrew Cox, John McCullough, Nigel Foley-Fisher, Raymond Finlay, Bernard Creedon; Hazel Thompson, Eileen Young, Anne Savage, Mary O’Connell, Heather Cairns, Nadine Grant, Kathryn Walley, Barbara Foley-Fisher, Ruth Lynam, Ger Power, Teresa Finlay, Jean O’Neill.
A report will follow after the weekend …
Senior Home International
This event is in south Wales on October 22/23. Several juniors have been brought in to make up the team, so good luck in particular to Aine, Deirdre and Niamh in W20.The selected team is
M21Colm Hill (Team Captain), Seamus O’Boyle, Ruairi Short,Hugh Cashel, Darren Burke, Gerard Butler
M20  Kevin O’Boyle, Conor Short, Josh O’Sullivan-Hourihan
W21 Olivia Baxter,  Ros Hussey, Ruth Lynam, Toni O’Donovan, Regina Kelly
W18 Aine McCann, Deirdre Ryan, Niamh Corbett.
This proves that orienteering really is a family sport: the team includes four first cousins, and a mother and two sons …
Upcoming Events
Take note of the changes in the dates of the Ajax come-and-try-it at Marlay Park in Dublin (now on Sunday 9th October) and the 3ROC Leinster Autumn Series event at Carlingford(now on Sunday October 16th).
LVO are running an NI League event on Saturday 15th, the day before Carlingford, at Slieve Garron beside Slieve Croob. This was the part of the map we weren’t allowed onto at the JK because of nesting birds, so it will be a new challenge for anyone who goes. (Did you read in the most recent CompassSport about Jon Musgrave being buzzed by a buzzard while out running in Scotland? He (Jon) got a nasty cut on his head from the bird strike).
Remember the Munster Championships at Coumshingaun in the Comeragh Mountains in Co. Waterford on Sunday 30th October (the Bank Holiday weekend) followed by a sprint relay at the JFK Forest Park in Co. Wexford on the Monday, if you’re not doing the Dublin Marathon. Details are here.
Frank Ryan has jusrt circulated details of the Connacht Championships on November 27th: see here. 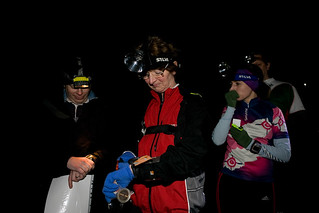