EYOC 2013 for Portugal
Portugal has just been announced as the venue for the 2013 European Youth Orienteering Championships in October.
The competition, planned for Israel in November, was withdrawn from that country over security concerns and Portugal, along with Poland, Hungary, Italy and Serbia, was a candidate. The competition is held every year, usually in July, and caters for M and W 16 and 18 ages.
The event is now scheduled for 24-27 October and the event centre will be in a holiday centre in Foz do Arelho in Caldas da Rainha municipality, on the coast about 100 km north of Lisbon.
The bad news (or should that be the good news?) is that the dates are the week before school mid-term break starts here … the 27th is the Sunday of the October Bank Holiday weekend … 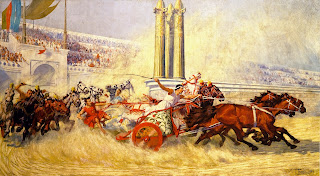 Wherefore art thou, Rome-O?
We learned late last year that the famous Venice street orienteering competition would not take place in 2013 as the area will be used for the World Championships in July 2014. However, the orienteers of Rome have stepped into the breach and now offer an alternative – three days in the Eternal City on the 1st, 2nd and 3rd of November.

ROMe MMXIII is intended to be a one-off Meeting given the lack of MO Venice 2013. Outline Plan: Fri 1 Nov – a night orienteering event in the beautiful parks and gardens of Villa Borgese with an Assembly Area over looking Piazza del Popolo and the whole of Rome. Planner is one of Italy’s most experienced orienteers Manu Manganelli. Sat 2 Nov – a middle distance race in the mixed park/land woodland of Villa Ada in the North of the City, some impressive ornamental lakes on this map too. The middle race Planner will be former pop singer, Stefano Zarfati, who planned all 3 days of MOC 2012 and who will be controlling at WMOC Sestrierre. Aim for the Saturday is to leave you with the PM for sightseeing. Sun 3 Nov – a morning sprint race in Rome’s unmatchable historic Centre that will take place on a map that includes Circo Massimo, the Coliseum and the Tiburtine Island. Planner will be Mike Edwards and Stefano Z is already off seeking permissions to get you into as many places as we can. The Clubs aim to use a commercial provider with online booking facility for accommodation for those interested. All events will be accessible by public transport. More to Follow on this topic. An opportunity for 3 events like these and at this price level is not to be missed. See the event link here. 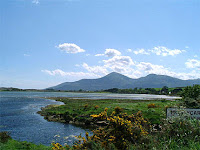 Tyrella on again
The NI Series competition postponed from October on the dunes of Tyrella, Co. Down, has been rescheduled for Saturday March 23rd. LVO are running the event on the area used for one individual day and the relays at JK 2011. See the LVO web site for details.
You could make it a 2-Day Dune Weekend by running at the Bull Island in Dublin on Sunday 24th on Ajax’s Leinster Spring Series event.

S by SW
The same weekend as Tyrella, UCCO and Kerry Orienteers are running “South by South-West”, three events including the final Campus Sprint on Saturday 23rd and the Irish Student Championships. The weekend will also feature a Saturday night event at Knockreer estate, Killarney. The Student Championships at Muckross on Sunday 24th March will be combined with a Munster League event and will also be a selection race for the Junior World Championships in the Czech Republin in July and the European Youth Championships later in the year. See details of S by SW here. Muckross is a unique combination of steep forest and fast parkland dotted with islands of complex contoured forest, used for Munster Championships, Shamrock O-Ringen and the 1998 World Cup Relay race … and the views are spectacular!
Norwegian Wood
Did you read about the controversy in Norway about wood stacking? Catch up on some fascinating non-orienteering Norwegian news here from the Irish Times. And, no, it wasn’t April 1st! 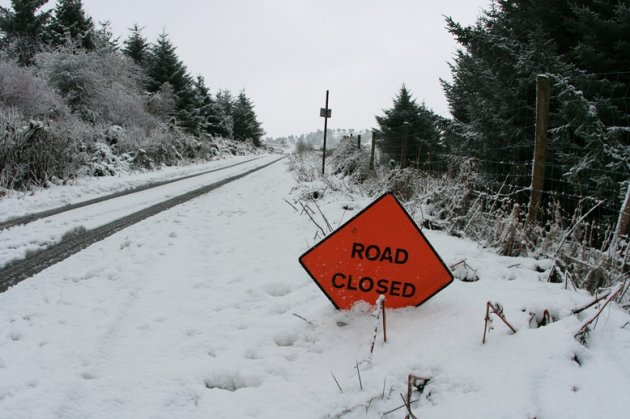 Winter Sport
Last weekend’s cancellation by CNOC of their Leinster Spring Series event at Kanturk Mountain/Scarr in Wicklow highlights how weather-dependent orienteering can be, particularly in open mountain terrain. The organisers found that roads to the area, between Laragh and the Sally Gap, were impassable by late on Saturday afternoon due to snow, so took the decision to cancel. The IOA web site, text messaging and social media were effective at getting the word out that the event was off.
It also brings home the fact that orienteering in Ireland can be a winter sport and that the gear you run in on the continent in the summer is not appropriate for Irish winter conditions. That is the reason that organisers often specify that weatherproof clothing should, or even must, be used, and why whistles must be carried to attract attention in the event of injury.
Orienteering started life here as an adventure sport, closely associated with AFAS, the now defunct Association for Adventure Sports based at Tiglin, and many of its early exponents came from a mountaineering background. where wooly hats and whistles were the norm. We may run in colourful O-tops and Lycra now, and use GPS and electronic timing, but we should not underestimate the power of nature. We have been lucky for more than 40 years not to have had any serious incidents, but you have to respect the conditions you are running in.
It’s not fair on the organisers who may have to mount search parties in difficult conditions if you fail to take reasonable precautions against exposure. The recent event at Three Rock Mountain again illustrated the risks – just because you can see your house from the top doesn’t mean that you are in your back garden: even young male orienteers and not invincible or immune, and will hopefully learn that some of these rules and recommendations are there for the competitors’ benefit, not just for the sake of having rules.

Two Down, Two to Go
Two of the Irish Junior Squad fundraising Campus Sprint races are over, with Trinity College and University College Cork to go. The UCD and DCU races attracted good numbers, with runners travelling from as far as Cork and Belfast to take part. Both the “Long” and Short courses have been won in sub-20 minutes in each of the events, so different techniques to the usual endurance/slog method have to be used: thinking ahead, looking for routes which shave a few metres here and a few there off the route, checking the descriptions to see which side of the uncrossable wall the control is on, or whether it’s at the top or bottom of the stairs …
Kevin O’Boyle and Eadaoin McCavana won at UCD, and Colm Moran and Mary Healy at DCU, so who will take the honours on Saturday?
See you at TCD on Saturday 2nd March, start 11 to 1 pm; UCC on Saturday 23rd March.