Thanks again to Tony and Liam, and older Juniors for their help with the training last Sunday in Currabinny.

The training began with some basic instruction on the use of a compass for the youngest of the 11 juniors
The not-so-young juniors jumped straight in and proceeded with the exercises which were focused on off-path navigation. 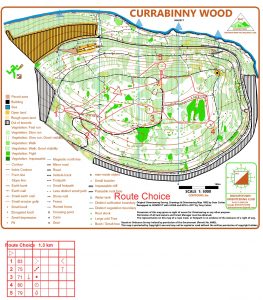 The main aim was to follow vegetation changes and other linear features but occasional use of the compass was also required.
A number of experienced orienteers followed the younger orienteers to keep them on track (Thanks especially to Liam O’Brien and Brendan Wall).
There were 5 of these exercises – one basic and four not-so-basic although none would be described as easy. 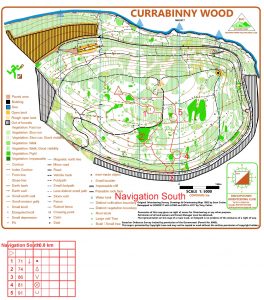 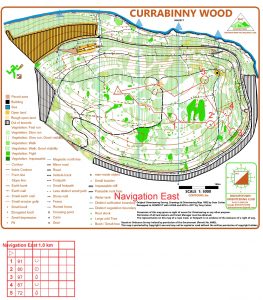 Some pairs of juniors repeated the course but each did the alternate route choice the next time.
The final exercise was a corridor course for the more experienced juniors.
They were joined by some of the older juniors who had competed in the colour-coded courses which were held earlier that day. 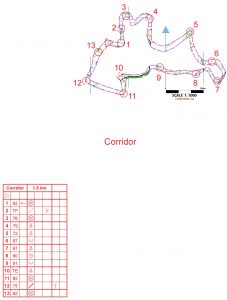 The aim of this exercise was to navigate primarily by direction and to stay on target by picking off the few features which were on the corridor.