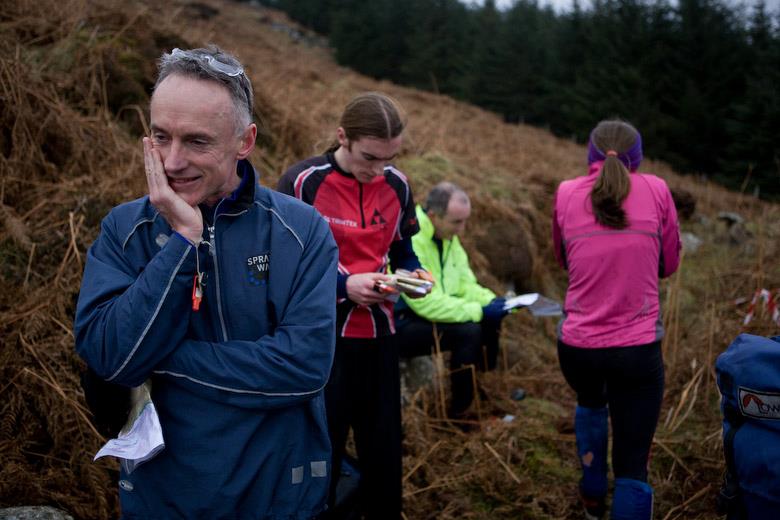 The votes from the jury are in, the winner is Dave Richardson of Fingal Orienteers with the following caption:

“Why did she slap my face ? I only said her gaiters were laddered.”

Congratulations Dave, a €50 Conns Camera’s voucher will be winging it’s way to you for Christmas.

ALL THE OTHER ENTRIES:

Beat them young whippersnappers again ….now where did I leave my glasses?

“Aonghus had been putting superglue on Gerard’s map again!”

“Look at them all, lost. No one realises I moved the finish.”

My wife’ll kill me for losing my dibber again. I swear I need to tie it onto me!

I remember the last time I mispunched, Murph & Wally didn’t talk to me for ages, well, until I bought the next few rounds…..

I remember when I was their age, we used to do uphill-only courses. And the heather was up to your hips, if you were lucky. Those were the days..

“I like that boulder. That is a nice boulder.”

Less than 75mins winning time… thought the downhill bit was the warm up. Dooh!

If we didn’t have the fastest split, we used to do I’m a failure mountain repeats. These youngings just sit there.

fuck I forgot to put the controls out.

Should have invested in a faster Si card

Ooh my Gus-set! def. a gusset is a triangular piece of fabric inserted into a seam to add breadth or reduce stress from tight-fitting clothing

Will I ever need to run blue?

Is it physically possible to do what Wally said with a map.

Who would believe it ? It is so strange . I am still running . And I am twice their age!

That’s the last time I’ll show him a control. Fecker passed me out at the end.

What am I doing here?They are all so young and severe.

Imagine where i would be if I won the lotto last night !

Its all downhill now.

I remember the last time I mispunched, Murph & Wally didn’t talk to me for ages, well, until I bought the next few rounds…..