Fingal’s Jean O’Neill took joint first place with multiple champion Carol McNeill in the W65 Sprint race at the JK on Good Friday, while the Great Eastern Navigators team of Laurence Quinn, Jonathan Quinn and Aoife McCavana (not Eadaoin as I had said – her time will come!) snatched the prize in the Mixed Ad Hoc class, the biggest class in the Jan Kjellstrom Relay race at Newtyle Hill near Dunkeld in Scotland on Easter Monday, following in the footsteps of the Irish Junior Squad team who won in 2008. Meanwhile, in the more cerebral Trail Orienteering competition, Declan McGrellis (LVO) followed up his runs in the conventional orienteering with a clear win over the two days of the JK Trail-O event.
2400 orienteers from around the world, though mainly from Britain, came together in Scotland for four days of varied orienteering. Starting on Good Friday with an urban sprint race (winning times of sub-15 minutes) at Livingston, near Edinburgh, the competition moved to more conventional areas for Saturday (Dunalastair, near Loch Tummel), Sunday (Craig a Barns, across the road from Birnam Wood near Dunkeld) and Monday (Newtyle, also near Dunkeld). 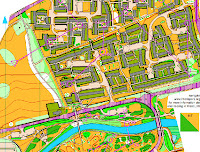 Livingston was hardly, as the JK website claimed “probably the finest technical urban orienteering destination in Britain”. It was a mixture of 1960’s traffic-free housing estates with passageways and parkland and provided perfectly adequate urban sprint terrain, without the 3-dimensional complexity found in London’s Barbican or in the NUU at Coleraine. The 1:4000 scale map meant that things came up very quickly and the high number of controls on the course meant that constant concentration was required to shave seconds off here and there. I was not alone in running under a road and crossing a river on a bridge without realising, and searching on the wrong side of the river for my control – a mistake which cost two minutes and caused me to drop 15 places!

The JK Relays at Newtyle featured an assembly area on an exposed open hillside beside a small lake with good views of parts of the courses on the semi-open hillside opposite. The courses provided quite a lot of climb but the terrain was mostly runnable except for some heathery open sections with rock detail. Again, crossing points on fences split the area up into distinct parcels and the courses featured a high density of controls. GEN were clear winners in the Mixed Ad Hoc class (the only class where the runners need not be from the same club, and the biggest class in the competition with almost 80 teams. There is one long, one medium and one short leg. It’s good to see that at last there are prizes for 1st, 2nd and 3rd. Other than this, the best Irish performances were from CNOC, 4th in the Women’s Short, LVO 7th in the Men’s Short, and CNOC, 12th in the JK Trophy. Read Nopesport here. See photo’s here.
How did JK 2012 compare with JK2011 in Northern Ireland?  I’m biased, of course, but – while the Scottish terrain and the event as a whole were excellent, I don’t think the organisation was as polished as at JK2011: the A3 sheet serving as a programme was maybe a bit light on information, I saw no evidence of JK T-shirts or merchandise on sale, there was no Wilfs Café (imagine!) … but these are small criticisms.

All the results and Routegadget are on the JK 2012 web site here.

The 2013 JK will be in the Chiltern Hills, west of London, from 29th March to 1st April, with a sprint (location to be confirmed), individuals at Hambleden and at Cold Ash and Relays at Hambleden.

After the JK many of the Irish Junior Squad stayed on in Scotland for a training camp over the next three days. Thanks to Ruth Lynam, Marcus Pinker, Darren Burke and Steven Linton who were the main people running the training which took in Craigvinean, Dunalastair, Drummond Hill and Faskally and exposed the squad to some top quality areas of a type we don’t see in Ireland: technically demanding runnable forest. From my perspective they all learned a lot, even (or maybe, in particular) the younger ones just coming into the Squad. Thanks to all the coaches, particularly Marcus, for taking this on!

Cheapest entries for the Western Eagles Irish 3-Day in Co. Galway are up until 27th April. Details are here. The event is on the June Bank Holiday weekend, based at Oughterard, with a short race starting on Saturday afternoon, a classic distance on Sunday and a chasing start on Monday. (In a chasing start the leader goes off first with others starting according to how far behind the leader they are when their first two days’ times are added together, so the first across the line on Day 3 is the winner). Enter online here.

Numbers for this event should be good as I suspect that many people who opted to give the Irish Championships a miss this year will travel to Galway instead. On the other hand, there are two attractive events in the UK the same weekend, particularly nine days in Scotland for anyone bitten by the Scottish orienteering bug at the JK, including theWorld Trail-O Championships on the forested dunes of Tentsmuir. Details of WTOC are here. Details of the Scottish Jubilee Five weekend (11 events in 9 days) are here. These races, including the Scottish Chmpionships, will be used for Irish World Championships team selection.

If the south of England appeals to you more, the four days of the Jubilee O-Festival in Surrey and Sussex might be your thing: detailshere. This includes a sprint in the University of Surrey, previously used for a JK and World Cup. 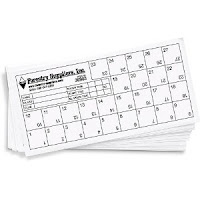 Control Cards anyone? Pat Healy is planning on getting old style control cards printed on “Polyart” synthetic paper and on card, for anyone still using punches rather than electronic timing – there is still a place for olf fashioned punches, in areas prone to vandalism, or for small events or training.
If you are interested in getting some printed, contact Pat athealy.pat@gmail.com.

WINNERS IN B CLASSES AT CHAMPIONSHIPS The IOA Executive recommend that those in the first three placings in
M21B/W21B at National and Provincial Championships be ineligible to run in that class at those events the following year. They may compete in B class at all Championships in the one year … SENIOR HOME INTERNATIONAL 1986: A grant of £12 has been given to each team member … SUSPENSION REDUCED The Executive consider that the Leinster Technical Officer’s suspension of Eoin Rothery from Grade I controlling for two years is too long. This penalty has now been reduced to one year … AIDS and ORIENTEERING: ARE WE AT RISK?
“There is a cloud on the horizon. It is only a small cloud at present and it is a long way off. but it will get bigger and it could come our way. It is called AIDS.” Should we as orienteers be concerned about this killer disease, asks BRIAN PARKER of Devon OC? … Swedes fail to Turn Up … Intervarsities in atrocious weather in Galway: Mens open: UCCO 1st, DUO 2nd. UCDO 3rd; Womens open: DUO (no other teams managed to finish) … Interprovincial results, held at Union Wood, Sligo on March 1st: Leinster 266 points, Munster 178 points, Ulster 163 points, Connacht 52 points.
(Snippets from The Irish Orienteer No. 28, March-April 1987).