[quote]I would like to nominate Niamh Corbett (CorkO) for the Mactire trophy for her 4th place performance in the W16 class at the European Youth Orienteering Championships in Spain last July. Because, results don't lie.[/quote]
David Healy

[quote]Nick Simonin for this remarkable achievement in WOC 2010. Nick qualified for 2 finals during the week of WOC and acquittedhimself very creditably.[/quote]
Mary O'Connell

[quote]I would like to nominate Niamh Corbett (CorkO) for the Mactire trophy for her outstanding year(s) of orienteering success.Niamh has been one of the most consistent Irish juniors of recent years, Irish champion since 2007, winner of numerous provincial titles and some very impressive international results including JK2009 (4th Day2), 3rd overall in 2009 Scottish 6-day. Niamh had another superb performance at the 2010 European Youth Orienteering Championships (EYOC) in Soria, Spain where she finished 4th in the W16 class out of a strong field of 75 competitors, narrowly missing out on a podium place by just 29 secs. This I believe was one of the best performances by an Irish Orienteer ever and rightly deserves to be recognised by our association with the Mactire award.[/quote]
John Scannell, Chairman, CorkO

[quote]can I nominate Niamh Corbett for the Mactire Trophy.Niamh finish 6th at the European Youth Orienteering Championships in the W16 age class as a first year.
Regards.[/quote]
Greg Mc Cann

[quote]CNOC would like to nominate Niamh O’Boyle for the Mactire trophy for achievement in 2010.Her 34th place in the Long Final at the World Champs was the best ever Irish woman’s result at WOC, the 4th best ever & the best since 1987. Achieved against a very strong field as a result of dedication and hard training.[/quote]
Don Short
Chairman
CNOC


[quote]Pat Healy for many new maps but he has it already for 2010[/quote]
Stephen D, GEN

[quote]Silva Award - John McCullough for the contribution that he made to the JK 2011 as assistant controller. John is always prepared to provide assistance of a very high quality in the interests of furthering the sport.[/quote]
Mary O'Connell

[quote]I would like to nominate John Casey for the Silva award. John undertook the role of treasurer for 10 years (I think) and since then he has been extremely supportive to the subsequent treasurers. He has always been available to provide information and undertook much of the work for the year end accounts.[/quote]
Mary O'Connell

[quote]Fingal Orienteers would like to nominate Tommy Burke for the Silva Trophy or the Silva Award. Tommy has served as secretary of Fingal for more than 10 years and presided over the amalgamation with Trim Orienteers and the revival of the club. In that time he has served as organizer of two Leinster Championships. He has also organized, planned and controlled numerous club events, created 5 new maps on his own, and also contributed to the surveying and updating of most of the other Fingal maps. He has also compiled Leinster fixture lists and assisted with organizing the IOA insurance. Tommy is the archetypical administrator working in the background to ensure that all the details are taken care of.[/quote]
Val Jones

[quote]I would also like to nominate Rory Costello (KerryO) for either of the Silva awards as I believe he to be a very worthy and long overdue recipient of either award and in fact am surprised to learn that Rory has not already received an award.Rory has been the mainstay of the sport in Kerry over the last 30 years, he has contributed hugely to the organisation of local, regional & national events in the county and further afield. He has surveyed several high profile maps including Muckross, Inch Sand Dunes, Cappanalea, Banna etc and continues to personally lead the planning and organising of KerryO's many events each year. He has acted as controller, planner for Irish Champs and several Shamrock O-Ringens and has promoted RDF and local school events including recently the promotion of a new local map in Ennistymon, Co Clare and another in Ri Na Gos in Kenmare.
regds,[/quote]

[quote]Greg McCann for the Silva trophy for his contribution to the Junior Squad, together with Ruth, he has put enormous work into helping the juniors.[/quote]
Jackie McCavana


[quote]Nominee: The Long family (Mike, Catherine, Roisin and Ruairi)
For opening up their house in Trondheim to hosts of Irish orienteers in the year leading up to WOC 2010. Their generosity led to lots of training, a great social base for the squad, senior and junior, and fantastic results at WOC.
Cheers,[/quote]
Neil Dobbs

[quote]We feel (personal view not club view) that Greg Mc Cann should be acknowledged. His work with the juniors is excellent. He takes on a much harder / more responsible role than most and I have witnessed it first hand over the past 18 months.[/quote]
Mike Long

[quote]I would like to nominate Ted Lucey for the Silva Trophy in recognition of the outstanding work that he has done over many years to promote and develop Schools Orienteering in Cork and Munster. His tireless commitment of time and effort will undoubtedly lead to a new generation of orienteers and a healthy future for the sport. Ted is the only member of the Cork Schools Orienteering Association with no affiliation to any school and is currently the Mapping Officer of CSOA. He produced two new orienteering maps this year and four new maps of school grounds and is currently surveying two new park maps. He organised and planned the Cork Schools Orienteering Champs in Cappagh Wood, where 161 students from both second level and primary schools attended. As a result of numerous training sessions with different schools in the Cork area, approximately 150 primary pupils were introduced to orienteering for the first time. Between training and mapping, schools’ orienteering in the Cork area has been revived, with all these schools achieving outstanding successes at Munster and All-Ireland schools level this year.[/quote]
Sharon Lucey


[quote]I would like to nominate Catherine King & Mike Long (Ajax) for one of these awards. I would think the Silva Trophy for development of orienteering would be appropriate.
In the summer of 2010, Catherine and Mike opened up their home in Trondheim Norway for allcomers pre and during the World Orienteering Championships, which were held there in August 2010. For the month beforehand, they invited members of the Irish Senior Squad to use their home as a base, while getting invaluable training in the WOC terrain. Many squad members availed of this opportunity. During the WOC competitions and the accompanying WOC Tour for spectators, the main campsite was situated 5 mins away. The Irish Junior Squad and other Irish WOC Tour competitors were staying there. Catherine & Mike again encouraged a constant stream of people to call in and avail of their hospitality. Not least because the campsite facilities were very lacking. Irish WOC team members continued to call in too, to get a welcome break from competition and the WOC hotel.
Catherine & Mike's and their daughter and son, Roisin & Ruairi's, generosity was an inherent factor in the best ever result of an Irish team at WOC, with 4 competitors qualifying for their A Final race. The team were very relaxed and a healthy atmosphere pervaded, which led to the good results.[/quote]
Mary Healy,
GEN.


[quote]I would like to nominate Mike Long & Catherine King for the Silva Trophy. Their generosity at WOC 2010 enhanced the social aspect of orienteering.
Like a brooding hen (and that was Mike) Catherine and Mike looked after the WOC team at the championship in Trondheim in Norway. They opened their house for the training camp and shunned any offers of financial reward. They gave advice on every aspect of life in Norway, provided food and accommodation not only for the WOC team but for many other stragglers as well. Their generosity contributed in no small way to the well being and performance of the Irish team.[/quote]
Don Short
Chairman
CNOC 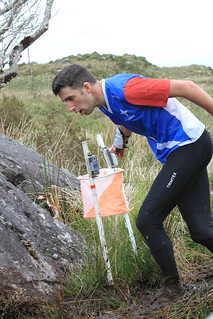