Sprint Training Weekend – Belfast Saturday 18th / Sunday 19th August A date for your diary this summer! Olivia and I are co-ordinating this wee[...]
This years JHI will be hosted by England on 13 and 14th October not far from Gatwick Airport. From what I can see of the Headley Heath and Banstead He[...] 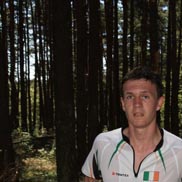 Congratulations to Nick on his 37th place and Roz on 49th in the sprint final yesterday around Lugnet. You can see re-runs of GPS tracking and TV on t[...]

The last event of the European Championships 2012 concluded at Lugnet arena today. Ireland had both a men’s and women’s team. The men were first to st[...]

Has any Irish person run at the European Championships before?

We were trying to figure out if Ireland have ever had a team at the European Championships before? Anyone?

What route would you choose? The orienteering action returned to Skattungbyn today for the long distance final. The performance of the day came[...]

Euro Champs sprint qualification: Nick and Roz to the A final!

The European Champs sprint qualification was held in Falun today. Ireland had four runners and both Nick and Roz made it into the A final. Nick qualif[...]

Hugh Cashell represented Ireland today in the long qualification in Hökberg. He finished 33rd in 66 mins. Over to Hugh for his thoughts on today’s rac[...]

The 2012 European Championships started this morning with middle qualification races at Hökberg, near Mora in Sweden. Ireland were represented by Rosa[...] 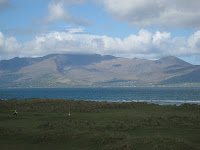