2009 marks the 40th anniversary of the start of Irish orienteering: why not mark the occasion by spreading your wings a bit?

A strong Euro, weak dollar, weak pound, recession: whatever the economic climate, now is the time to start planning or fantasising about your orienteering year. If you have never taken an orienteering trip abroad, it’s something every active orienteer should do at some stage and it may become part of your annual orienteering plan. It will bring you to interesting places, allow you to do something you enjoy and provide enough free time for non-orienteers in the party to do things they enjoy too.

Even if you don’t stray from Irish shores, you can take in multi-day events like the Irish Championships in Donegal or the Shamrock O-Ringen in Killarney. Without travelling too far, you could take in the Jan Kjellstrom in Northumbria at Easter or the Scottish 6-Day in Perthshire in August.

Every year the excellent CompassSport magazine (http://www.blogger.com/www.compasssport.co.uk) publishes a review of many of the events to feature in the coming twelve months and you are referred to this for a more comprehensive list.

Another good place to look for international orienteering information is the website “World of O”.

If you have been to any interesting events abroad that you would recommend, please send in details and I’ll include them.

Ireland has the usual Championships plus the Shamrock O-Ringen in 2009. The Leinster Championships, run by Fingal, are on April 4th at Rossmore forest in Co. Monaghan, an area which has not been used for 20 years or more. Make a two-day of it with the LVO event on Saturday 3rd at Crosmurrin, Co. Fermanagh.

The Irish Championships on open mountain in south Donegal on May 2-4 at Lough Eske. Closing date (cd) 18/3, 1/4. There is a proposal to run a Northern Ireland Sprint Championships on Friday 1st May, so you could maybe manage 4 days orienteering on the trot. Later that month, the Shamrock O-Ringen is based at Killarney on May 30-June 1 with events at the Black Lakes, Crohane Mountain and Muckross, three great areas with a range of terrains.

If Trail Orienteering is your speciality, the Irish Trail-O 2-Day Championships are listed on the IOA fixtures list as being at Castleward near Strangford, Co. Down on April 25-26, run – of course – by LVO. For information on Trail Orienteering, see here.

The Setanta Rogaine, a 6 and 24 hour score event for pairs, moves back from midsummer to 18th July in Wicklow.

On September 12-13, the NIOA hosts the BOF Junior Inter-Regional Championships which may be tied in with open events for the rest of us: if not, you could offer to help, or at least go along to see some of the future stars in action, while the Senior Home International comes to Fermanagh on October 3-4.

The October Bank Holiday weekend sees the Munster Championships at Ballydavid, in the Glen of Aherlow, Co. Tipperary on the 25th, staged by Cork O and the major events of the year finish with the Connacht Championships on 29th November, venue to be confirmed.

The big events in Britain include the Jan Kjellstrom festival at Easter and the Scottish 6-Day in August. There is a National Event in the Lake District the Sunday after Easter which you could take in as part of a JK trip.

2-8; Scottish 6-days, Tayside with event centre at Perth racecourse. Easily accessible from Edinburgh or Glasgow. 6 days with a rest day in the middle. High quality orienteering in a relaxed atmosphere.

The major British events for 2009 can be found at www.bof.org.uk:

Scandinavia
The longest running and best attended multi-day events tend to be in Scandinavia, the home of orienteering.

The 61st Jukola overnight 7-person relay in Finland – the biggest relay competition in the world, with more than 1200 teams running – on June 13-14 (jukola2009.com) and the Junior World MTBO Championships (incorporating the European Champs and the European Youth & Masters Champs) at Birkerod in Denmark on June 22-28 may appeal.

On July 18-24, the O-Ringen (Swedish 5-Day) is based at Eksjo in Smaland, southern Sweden. It’s is no longer that much more expensive than Ireland (unlike Norway) and a trip to the O-Ringen need not break the bank. They are unlikely to repeat last year’s attendance of 24000 but the events are all close together and cyclable or bussable from the event centre.

The week before, you could squeeze in the Finnish 5-Day at Hameenlinna (July 12-17), not too far from Ryanair’s Tampere.

Italy
This is a busy year in Italy, with the Junior World Championships on July 6-12. On September 5-9 there’s the Puglia 5-days in southern Italy, with 3 days of Forest and 2 days of cities, http://www.orienteering.it/. You could also run in the highlands around Asiago, in wonderful prealpine forests, on 16-17 May at the Highlands Open.

Mid-November attracts hundreds of orienteers to a street-O in Venice which is reportedly a unique event. In 2008 it was on 16th November and was attended by a group from Ireland. See http://www.blogger.com/www.orivenezia.it.

Other Europe
Some of the most memorable events I have run in have been in Switzerland. This year they are hoping to capture some of the magic of the mountains again, with a 6-day at Muotatal which unfortunately clashes with the Scottish 6-Day.

2-8: Swiss O-week, Muotatal, south of Zurich. 6 days with a rest day in the middle., http://www.blogger.com/www.swiss-o-week.ch. Event includes a town sprint, short distance, three in pre-alpine terrain and an alpine long distance to finish. It sounds a bit like the superb 2006 Swiss O-week in Zermatt.

At the end of May there’s a 3-Day at Breda in Holland (May 29 – 1st June) with extra events sometimes involving beer drinking and the like, http://www.blogger.com/www.holland-ol.nl

Spain & Portugal have a range of events, particularly attractive in the winter and spring, like the 2nd Madeira Orienteering Festival (Jan 28-30) with 3 middle distance races and a night sprint.(http://www.blogger.com/www.mof2009.com)

August 11 -16: The 5 Days of Spain. Up by the coast in the North, based just south of Santander. http://www.blogger.com/www.ocincodias.com/noticias/

You might like to tie this in with the World Orienteering Championships at Miskolc in Hungary from August 18 to 23. Though aimed at the Elites, the WOC welcomes ordinary orienteers too: spectators help to make the atmosphere and to make the event financially viable. You can run in the Hungaria Cup from the 21st to 23rd. (http://www.blogger.com/www.woc2009.hu)

North America
August : 2008 Canadian Orienteering Championships in Spruce Woods Provincial Park, Manitoba, http://www.blogger.com/www.coc2009.com. There is a 2 day the weekend before

Australia
April 10-13: Australian 3 days. Launceston, Tasmania. Day 1 is a World Ranking Event. 4 more events up to the 19th make it a 10 day feast of orienteering.

Israel
The World Mountain BikeO-Championships are at Belt Shemesh, in Israel on August 9-16. The International O-Federation are watching the political situation in Israel and will decide if they need to change the plans for the event closer to the date.

Turkey
One of the most unusual events this year will be the Istanbul 5-Day on November 4-8. It includes a night sprint event in the Grand Bazaar, with a map on two levels: green control circles on the upper floor, red on the ground floor! Last year the 5th event had more than 600 runners.

After that, you’re on your own! Good luck with your plans and please write about it for TIO when you come home. 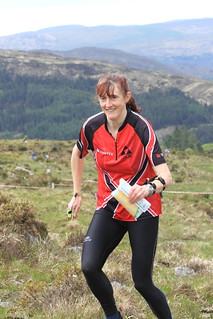