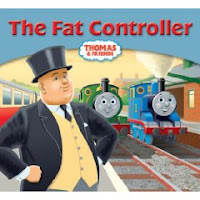 The 2009 Controllers’ Course was held in Kilcoran Lodge Hotel, Cahir, on 21st March, with the practical session in the nearby Glengarra Wood. It was attended by nine orienteers and run by Mike Richardson (Deeside OC and 3ROC) and Harold White, Controller of Technical Standards was in attendance.
(The Controller is one of the key people in running a competition: he or she represents the interests of the competitors, ensuring that the courses are fair, that the map is accurate, the controls are correctly sited etc, and that the rules are adhered to. Being an event Controller is a serious job and a responsible, despite the picture above – Ed)
The course covered the responsibilities of the Controller, the principles of good planning, and included several practical exercises. Continuous reference was made to the IOA Rules and Guidelines which highlighted the need for their revision and upgrade. Under Rule 4.2.2 the Controller appears to have ultimate responsibility for an event where he may require the Organiser to cancel it if necessary. This is in contrast to both the International and British Orienteering Federations’ rules where the Organiser has the ultimate responsibility, albeit taking advice from the Controller and/or IOF Event Advisor.
The Controller should be involved from an early stage and agreeing the assembly/start/finish areas, and for major events should be agreeing the competition area and map. Also to be considered are the environmental impact and safety provisions. A lively discussion took place on the requirements for colour courses. The important point for the Controller is to ensure that the course lengths and times are right with times being the over-riding influence, and provided the courses meet the correct technical standards.
Mike Richardson produced a graph plotting the class winners’ time in minutes per km against the age classes for the British Championships in 1991 and in 2008. The resulting smoothed J-shaped curve was similar in both cases but the latest version showed a distinct improvement in running speeds across all of the classes. Predictably the Elites had the fastest speed with the winner in 2008 averaging 4.2 mins/km. This is the important benchmark for scaling all other course lengths from. (Harold White intends to do a similar exercise for the Irish Championships).
Using the planning principles, an exercise was carried out to assess from a series of event maps what colour standard they were planned for. Another exercise involved checking control sites in the adjacent wood where in some cases the marking canes were placed in the wrong location.
It was pointed out that decisions by the controller are based in many cases on a subjective assessment, and therefore are open to discussion with the Organiser and Planner.
The maps for the exercise in Glengarra Wood were supplied by CorkO who also marked some of the control sites from their recent event.
It proved to be a well received course with positive feedback from those involved. Our special thanks are due to Mike Richardson. Slides from his presentation will be posted soon on the IOA website. To maintain the momentum, it was suggested that say yearly, a meeting should be held for the Certified Event Controllers to discuss current topics such as the standards for colour events, and to share experiences.
Harold White
Controller of Technical Standards
24 April 2009