In view of the upcoming ‘Computers in Orienteering’ workshop on Nov 22nd, I thought this article might be of interest. It was first published in ‘An Cosantoir – Defence Forces Magazine’ June 1987.

SportIdent and Or were not in widespread use in Ireland until 2002. So, 15 years before then the Defence Forces used Computer Technology (a VAX) for the World Military Orienteering Championships.

(to register for the 2014 Computers in Orienteering workshop click here)

Thanks to Paul Smyth for saving a copy of the original magazine and thanks to An Cosantoir Office, Defence Forces for permission to reproduce the article. 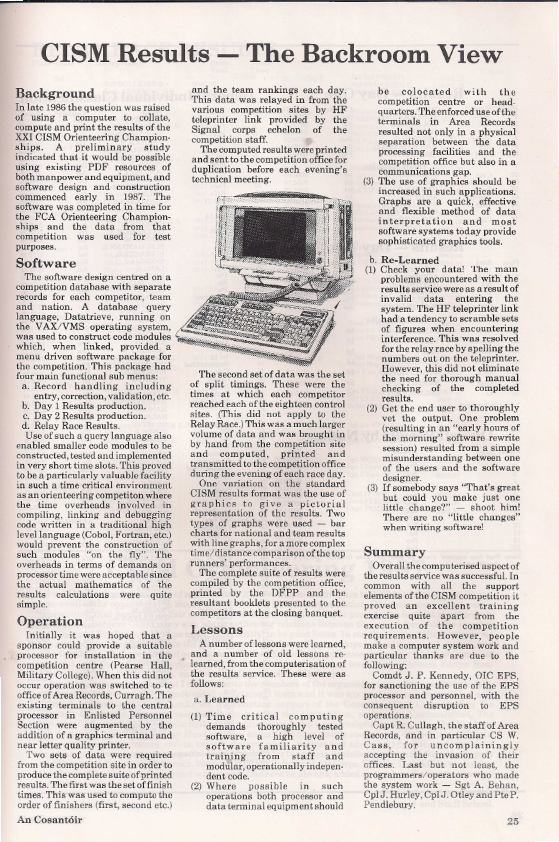